After 16 months in development, the Fintech Open Source Foundation has released version 1.0 of its Financial Desktop Connectivity and Collaboration Consortium (FDC3) standard, which aims to bring universal connectivity to the financial industry’s desktop applications.

OpenFin started working on the standard in November 2017, before contributing its work to the Symphony Software Foundation in February 2018, which became FINOS two months later. 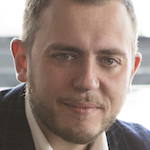 “All in all, things took less than a year since FINOS launched for FDC3 to reach version 1.0” Gabriele Columbro, executive director at FINOS, told Markets Media. “It’s a remarkable achievement considering you have a lot of competitors, vendors and financial institutions, working together.”

The FDC3 standard is the result of contributions to the API, Context Data, Application Directory, Use Cases and Intents working groups.

“Each working group has about ten to 15 participants,” said Columbro. “I would say there were about 50 contributors across the working groups.”

FINOS members, such as J.P. Morgan and Morgan Stanley, contributed to the standards as well as firms that have not joined the Foundation like the BNP Paribas, Royal Bank of Canada, NatWest Markets, and others.

However, it was the vendor community that put in much of the day-to-day sweat-equity, he noted. “They have an interest in not only making sure that it is suitable for customers, but they also can implement it into their strategies.”

Over the next few months, the Foundation expects to turn its focus towards implementation, certification, and community building.

“Given its industry-wide relevance, FINOS will need to move forward with a formal certification program where vendors can affirm that they are compliant with the standard,” said Columbro. “We want to make sure that this does not become a quasi-standard.”

At least five vendors and five financial institutions already have begun implementing and testing against the standard, according to FINOS.

The subsequent versions of the standard will include feedback from the FINOS community as well as exploring alignment with other interoperability efforts in FINOS like Financial Objects and Plexus. The full FDC3 roadmap is publicly maintained by the Program at Github.