After the Fintech Open Source Foundation completed its recent rebranding and charter expansion, the industry organization has come out swinging for the bleachers.

The organization has doubled the number of open source programs which it plans to develop and govern. 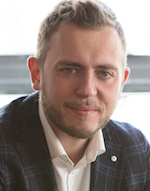 He declined to go into further details about the new projects that FINOS expects to announce in the coming months than one relates to financial services developer workflow and another addresses the standardization of objects.

FINOS expects to discuss the first of the new programs publicly during its  June membership meeting in New York.

Although its membership determines the focus and direction that FINOS takes, Columbro doubted that the organization would jump into the already crowded blockchain world.

“I think that there is a natural fit in the mid- to long term given that blockchain is open source by design,” said Columbro. “One of the big value of our foundation, and of any foundation, is to provide collective ownership and governance on which the blockchain world is built. I do not think that the foundation should jump into blockchain until we have a clear strategy and vision of collaboration with the other initiatives that are out there.”

In the meantime, the FINOS community will continue working on its four existing programs that includes its FDC3 trading desktop interoperability standard, Hadouken development ecosystem, Symphony collaboration platform, as well as its Voice API and workflow offering.

“While it is not in my hands, it is the objective of the foundation that each program that is at least one quarter in the foundation should produce a milestone deliverable,” he added. “These are not talking groups; they are working groups.”