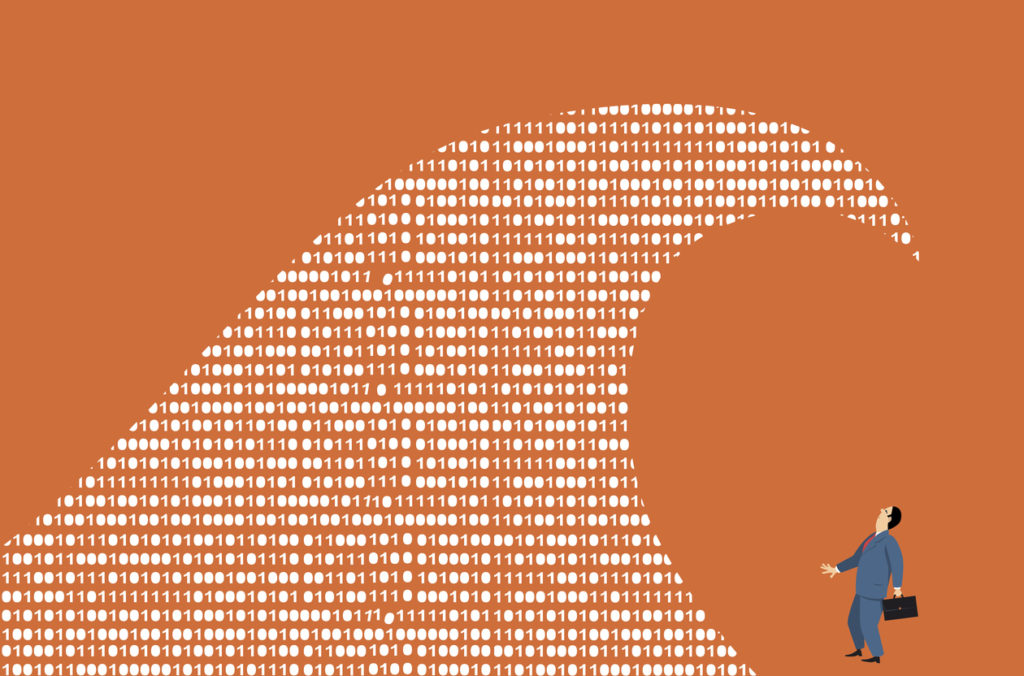 At its annual, flagship Open Source Strategy Forum (OSSF) held virtually in conjunction with the Linux Foundation, FINOS (the Fintech Open Source Foundation), today announced the launch of its Open RegTech initiative, which aims to expand the successful open collaboration model built between financial institutions, fintech and technology firms to regulators and regtech companies. Additionally, FINOS announced a codebase contribution from Deutsche Bank of the Symphony Java Toolkit as well as the OpenMAMA project, which is led by JPMorgan, Deutsche Bank and several other FINOS members.

The announcement comes a day after FINOS announced six new members and also recorded the largest number of commits, the smallest unit of contribution, on its open source projects since its inception with a 40 percent growth with respect to the previous record.

“When we started the foundation two years ago, we couldn’t have predicted such a groundswell of support from the financial services industry for our community and are extremely proud of what we’ve accomplished,” said Gabriele Columbro, executive director, FINOS, whose mission is to foster adoption of open source, open standards, and collaborative software development practices in financial services. “This is just the beginning. By establishing an open source model for the regulatory community, building a strong project portfolio and adding active contributions from financial institutions, we have a unique opportunity to tackle other long-standing industry challenges.”

The FINOS board recently established the use of SIGs to bring together financial services stakeholders to define problem statements in specific areas that can be tackled through open source collaboration. Recognizing that efficiently defining and meeting financial services regulations is both critical and challenging, FINOS has created the “Regulation Innovation SIG”, led by AIR and supported by ING, for those interested in creating open source solutions for regulatory and compliance issues in financial services.

“The regulatory landscape is in need of a makeover, one that uses open source technology to help streamline regulatory interpretation and reporting through standardization and common approaches,” said Tosha Ellison, COO, FINOS and keynote speaker at OSSF. “FINOS believes that open source software and standards can change the way financial regulation is implemented, supervised and complied with, and is thrilled by the interest it has received from both regulators and the industry.”

“Global challenges need global solutions. That’s why at ING, we collaborate with others, both on existing platforms and on new ones we have yet to create,” said Ian Hollowbread, head of RegTech, ING Labs, ING. “Working together with open source communities, we can achieve greater coordination and bring standardization to regulatory processes to help proactively protect the financial services sector at large.”

OSSF keynote speaker Jo Ann Barefoot, CEO and Co-Founder of Alliance for Innovative Regulation (AIR) said: “As a former regulator, I know that agencies need to adopt a new, more coordinated approach that seeks to harmonize financial regulations and their implementation. The financial services industry and regulatory bodies have an opportunity to redesign the traditional regulatory framework using open source technology. We see great potential working with ING and FINOS to further that end.”

I am incredibly excited to bring in the regulators in our @FINOSFoundation community.

There's a huge potential for the #opensource way to help address long standing issues at the crossroads of technology and policy.

Thank you to @ING and @AIRinnovate for leading the pack! https://t.co/N9kmIV744U

As industry adoption of the Symphony platform grows, and the use cases and trading scenarios for which it is being deployed expand, so too has the need grown to make Symphony’s capabilities available in what remains one of the most popular languages in financial services–Java.

A suite of libraries, which address common concerns around identity management, instance clustering, integration testing, “circle-of-trust” and building workflows, the Symphony Java Toolkit is now available through FINOS. Internally, these libraries have been deployed widely for delivering valuable client-focused functionality such as request-for-quote (RFQ), building orders, supporting chatbots and sharing axe information. Deutsche Bank will work with the community to continue building an open source, best-of-breed Java software stack that can be used by all Java developers working with Symphony.

“The Symphony Java Toolkit provides clients with an effective and powerful set of utilities to build Symphony solutions that drive their businesses forward,” said James Gibson, CIO of Deutsche Bank’s FIC Technology. “The toolkit makes it even easier for clients to connect with us, and other industry participants, to increase efficiencies, improve controls and create new opportunities for growth.”

“These libraries have been developed from the ground up within Deutsche Bank – they are interoperable together, are well documented, have been field-tested, with further modules and features added frequently,” said Rob Moffat, consultant at Deutsche Bank and the developer of this software. “The Symphony Java Toolkit follows in the footsteps of Plexus Interop and Waltz as the third collaborative project between Deutsche Bank and FINOS, all of which benefit from FINOS’ sound reputation within the open-source community and their impartial stewardship of projects within the finance industry.”

Deutsche Bank is already a leader in open source technology across the banking sector. This significant contribution to the community follows its Plexus Interop submission in 2017 that remains the largest outside open-source contribution to FINOS since its founding.

OpenMAMA’s project maintainers include several FINOS members like JPMorgan, Deutsche Bank and Glue42, and was previously open sourced under the auspices of the Linux Foundation, and will now be consolidated under FINOS as the Linux Foundation wide umbrella for financial services collaboration. The project provides a high performance middleware agnostic messaging API that interfaces with a variety of message-oriented middleware systems. It provides a simplified way of sharing market data across investment banks, proprietary trading companies, hedge funds and data providers. It reduces the cost of ownership and time to market for these financial companies.

“We see significant value in Open MAMA becoming part of the FINOS open source ecosystem,” said Nigel Phelan, architecture lead for the market data services department within the Corporate and Investment Bank at JPMorgan Chase. “Open MAMA is strongly aligned with the FINOS community and its members, and we see a great opportunity to build upon our achievements to date.”

FINOS’s strong momentum is evidenced by a series of recently announced contributions in 2020, from members such as Goldman Sachs (Legend), Morgan Stanley (Morphir), Citi (DataHub) and Deutsche Bank (Waltz).

The announcement comes on the second day of FINOS’ Open Source Strategy Forum (OSSF), an annual conference recognizing leaders within the open source and financial services industry. The virtual conference will bring together experts for engaging conversations and breakout sessions on how to best leverage open source software to solve industry challenges.