Artificial intelligence may help market manipulators skirt the rules, but the same technology is helping regulators detect the once-hidden behavior. 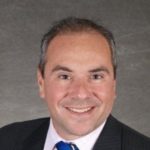 “The machine is learning the activity and identifying it for us as well as the changes in activity so that we can stay slightly ahead of it,” said Gene DeMaio, senior vice president, market regulation at Financial Industry Regulatory Authority, during a recent call hosted by the STA Foundation, the educational arm of the Security Traders Association. “As we train the program a little bit more as time goes by, we are getting better and better exceptions.”

The technology has helped the self-regulatory organization to identify potential instances of “mini-manipulation,” which is also known as cross-asset manipulation that uses equities and options.

Mini-manipulation occurs when a trader holds an options position and attempts to move the underlying equity to change the price of the equity.

“It was first discussed as far back as the 1978 Securities and Exchange Commission report on options,” noted DeMaio. “It never really go much play after that because there were not many violations that we uncovered for years, and years, and years.”

However, once the SRO retooled is surveillance systems, the regulator started to receive an increasing number of alerts.

Finra also found a few flavors regarding mini manipulation, including spoofing the option after manipulating the equity price in an attempt to move the option’s price further.

Another version involves layering equity orders that will not be executed, but results in an option trade at a favorable price, he added.

Mini manipulations are not only happening with illiquid stocks but with some of the most liquid tickers during their periods of illiquidity throughout the day.

“I do know that some firms put some sort of a cap and say ‘Anything about this volume cannot possibly be manipulated,’” he said. “We certainly have seen cases where it has.”

Going forward, Finra expects to introduce other manipulation patterns to its AI implementation.

“It’s a great way to stay on top of things nowadays,” said DeMaio. “In the past, it was really just trying to get out there and learn what is happening. Having our examiners help us with what they’re learning in firms and things like that. But now we do have some of these other tools to stand in front.”