Firms Smoke Out Market Data Errors at the Source

Capital markets firms are deploying advanced technology to detect problems with market data feeds as they “hit the wire.”

Investment firms are installing “systems which allow them to automatically detect when and where order flows are not normal,” said Kevin Covington, CEO of ITRS Group, a provider of software for monitoring trading applications and infrastructure. 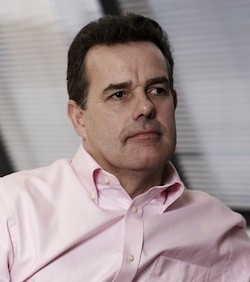 “Our partnership with ITRS is a good fit, as it enables us to provide an advanced market offering that uses superior hardware and software components,” said Kevin Formby, CEO of Datacom Systems, in a statement.

The impact of intense traffic scenarios, such as microbursts, on network performance can be enormous.
One packet of information dropped because of a microburst that exceeds network bandwidth can dramatically increase trading time, requiring retransmissions and possibly resulting in complete data loss.

“Institutions need the ability to rapidly determine whether it’s a system problem, which is particular to the institution, or whether it’s a Street-wide problem associated with a specific trading venue or market,” Covington said.

Organizations are implementing application performance monitoring (APM) to get a complete view of the trading infrastructure across applications, technology, transaction content and end-user experience.

“This data is then analyzed to track current performance against past behaviors, allowing firms to quickly anticipate potential problem,” Covington said.

The system was specifically developed for large-scale deployments by investment banks, hedge funds and network providers that operate in a distributed environment, and need to monitor data feeds at multiple locations.

“TradeView will enable investment firms to detect problems much more cost-effectively than was previously possible,” Covington said. “Anything that helps drive down the TCO for the client is welcome.”

Performance targets in financial trading networks are arguably more stringent than in any other type of network deployed, as message latency and data loss can directly result in missed trading opportunities, and lost money.

The use of specialized, high-performance hardware at the networking level among investment firms is increasing. Earlier this year, Cisco extended its trading technology suite with the launch of a switch that’s optimized for high-performance, high-frequency trading applications.

The switch, the Nexus 3548 with Algorithm Boost (or Algo Boost) provides network-access performance as low as 190 nanoseconds.

TradeView makes use of “network taps,” which function as access ports for any monitoring device used to collect in-line data, including intrusion detection, protocol analysis, denial of service and remote monitoring tools.

A monitoring device connected to a tap receives the same traffic as it would if it were located directly on the wire.
“As with other ‘on the wire’ hardware-based solutions, TradeView can be integrated into ITRS Geneos to provide an overall view of performance and system health of a financial institution’s technology stack that supports a given business flow,” said Covington.

Network taps modify the strength of the transmitted network signal, so that it can be received by the other network device and the monitoring device attached to the tap.

Taps are called passive devices because they don’t act on network traffic. If a tap fails, traffic continues to run, and the network is not affected.