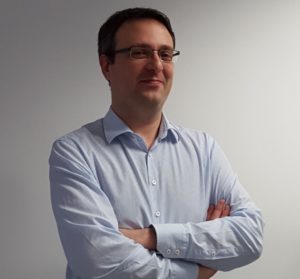 With the MiFID II dust finally starting to final settle, industry attention is understandably turning towards the next four letter regulatory anacronym. One generating significant interest is the Securities Financing Transactions Regulation – more commonly referred to as SFTR. A traditionally under-reported part of the market, the complex world of repos and securities lending is set to come under the compliance spotlight.

But while there are always initial concerns with any new rule, preparations should definitely be less frenzied around SFTR than for its predecessors. This, in large part, is due to the similarities it shares with former regulations. Many financial institutions have already found that solutions developed for MiFID II can be adapted for SFTR compliance.

Take the distinct lack of clarity currently surrounding how intraday cleared transactions will be reported. As things stand, they may vary by the nature of the instrument being traded. There are also worries about how to identify an SFTR trade. Certain venues may be required to generate Unique Trade Identification (UTI) codes, while trading firms will need to maintain the tracking code as part of their reporting. These challenges are not a million miles away from some of the early teething problems firms faced around the MiFID II transaction reporting regime.

However, transaction reporting is by no means the only area firms can look to for their SFTR prep. Best execution, which was at the heart of MiFID II, placed a huge amount of emphasis on data quality. SFTR is no different. Under the rules, there are a number of pressing issues market participants will only be able to address with clean and consistent data. For example, hedge funds will need to rely on delegating their reporting to third parties. This involves the documenting of total interest in a given stock to each prime broker. The trouble is that, without good data, inaccurate information could be reported To ensure full compliance, firms need to know similar intricate details to what was demanded under MiFID II. These details include whether they can amend what’s being reported in their name, and how they can measure and provide full visibility into exactly what has been reported. With such a vast amount of activity to document, from margin-lending transactions on a daily basis, to numerous collateral updates and valuations, it is essential firms have their data houses in order ahead of phase one in April.

SFTR is unquestionably an important missing piece in this complex regulatory jigsaw which market participants have been piecing together over the past decade. Since the financial crash, the industry has been seeking for ways to address the longstanding reporting shortcoming in this specific part of the securities lending and repo markets. With MiFID II setting a precedent for dramatic technological change, financial institutions that use the work already carried out as a foundation for their SFTR requirements are likely to be the ones best prepared for the changes to come later this year.