Cloud computing has gone mainstream within most enterprises, but many firms are finding that the total cost of ownership is not what they expected, according to recent surveys conducted by analyst firm 451 Research. 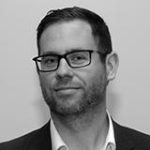 “They have some expectations, moved some workloads to the cloud and now are starting to experience this issue of spiraling costs, and they will have to invest in some sort of technology,” said Owen Rogers, research director, Digital Economics Unit at 451 Research, during a recent webinar hosted by cloud provider Canonical.

Firms initially may realize a cost reduction when first moving to the public cloud due to server consolidation, many of them find themselves experiencing Jevon’s Paradox, which notes that an increase in efficiency leads to an increase in demand.

Since CIOs, developers, and operations departments have easy access to technology, they want to consume it more, according to Rogers.

“It’s not a bad thing in its own right,” he said. “You could consume more technology that would add value to the business. But it is something that you have to take account of because you have a finite budget.”

Easy access to public cloud services has resulted in resource sprawl for many organizations, which can result in firms losing track of how they consume their cloud services.

Slightly more than half, 53.2%, of technologists surveyed by 451 Research cited costs and budget issues as a pain point regarding cloud computing. Security issues and responding to business requirements ranked second and third, according to 46.6% and 43.3% of the respondents respectively.

Nearly a fifth of them, 19.3% cited performance and availability issues as their reason for the migration. Data sovereignty issues (10%) and higher than expected costs (9.6%) were the second and third most cited reasons.

Private clouds, if appropriately managed, might offer a lower TCO, according to Rogers.

“If it is managed well and has high utilization, a private cloud could beat a public cloud on price considering public clouds are so variable and change from day-to-day,” he added.