For Bonds on the Blockchain, Start at the Origin

John Mizzi is the Chief Strategy Officer at Bond.One in New York

Erasmus, the Dutch humanist philosopher, wrote to a correspondent nearly six hundred years ago that “a fish rots from the head down.” He meant that many problems spreading throughout an organization begin at the top. I would like to propose a spin on the classic proverb applicable to the fixed income markets: “the bond rots from origination.” Many of the most vexing problems inherent to today’s capital markets start when a bond is created. Therefore, any systematic fix for the fragmented market structures and resulting poor data quality must include fundamentally reforming the origination process. 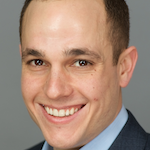 The bond issuance process is the creation of fixed income securities which are distributed to investors in exchange for lending capital to the issuing company. Originations are facilitated by broker-dealers who act as intermediaries between the issuer and the investor. These investment professionals finalize the agreed upon deal terms, including maturity and coupon rates, then prepare the security for offering in the markets. All these services come with a price. The average US corporate bond carries [origination expenses of ~3-6% of funds raised] and execution costs of around 84.5 basis points for retail-sized trades of around $100,000 par value and 52.1 basis points for larger trades, according to a 2015 study. That may not seem particularly large but considering the $6.8tn issued in 2017 alone, this represents at least $35bn-$57bn in fees.

The fragmented nature of the fixed income market means technology innovation can make a particularly large impact. A BCG white paper from last year found banks that invest more than $90,000 annually on internal systems are seeing productivity gains of $37 for every $1 they spend in fixed income and commodities – this is 4x higher return relative to investment on systems to support their equity businesses.

Moving the origination process to a distributed ledger—more commonly referred to as the blockchain—can further lower these costs. A distributed ledger is a database shared and operated by multiple institutions. This provides the issuer, dealer, administrative agents and investors access to the same reporting simultaneously, eliminating the need for local, siloed books & record systems. To simplify, it is “the idea of distributing a database among participants to ensure a common record of truth,” according to a recent CB Insights report.

The benefits go beyond cost: distributed ledger technology (DLT) can help modernize an industry where, according to an October 2018 AllianceBernstein report, 80% of trading still occurs on the phone and data sets can be hard to access. Bonds originated through DLT can contain a multitude of smart contracts, which can automate business processes such as distribution of coupon and principal disbursements, among other functions. A smart contract can also digitally enforce compliance requirements such as requiring that investors meet predetermined standards of approval in order to participate in an offering. Utilizing digital assets promotes transparency and straight-through-processing in the fixed income markets and encourages more stringent enforcement of global compliance protocols.

Assembling a syndicate today for fixed income technology is a complicated process that can involve data rooms with hundreds of files and a months-long legal review. All of this means additional expenses from lawyers and other intermediaries, ultimately born by the issuers. The distributed ledger can introduce a workflow that provides incremental control of information and a comprehensive audit trail through the documentation process. The lead market maker can set initial key terms which can be negotiated through a standardized process then reviewed and approved by all necessary parties, minimizing duplications of efforts.

The fixed income market is a behemoth, a slow-moving ship, it can turn on a dime to effect sweeping change. Even if the benefits of shifting to a distributed ledger were completely self-evident to the market, there is an entrenched system supporting the current way of originating debt. What we need is an accumulation of proof points to ignite conversations and ideas among all industry participants, promoting both the feasibility and future promise of this technology. Announcing early successes—such as the Austrian government’s recent issuance of bonds on the blockchain or the digital asset-backed instrument created by the CBA Innovation Lab—is critical. Even more important is following up on these stories to show how promised benefits have been realized as the bonds continue to mature.

While the whole fixed income ecosystem can benefit from distributed ledger technology, it is particularly critical that origination be a meaningful part of this transition for it to succeed.