Share
Tweet
Share
Is the ingredient of broker neutrality the perfect recipe for TCA?
By Chris Hollands, Head of European and North American Sales at TradingScreen 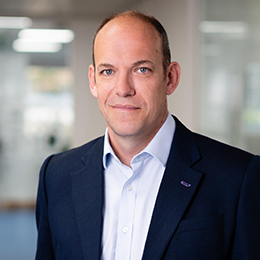 It is hard to think of another participant across global markets that divides opinion more than electronic market makers, or high frequency traders (HFTs) as they are more commonly known. Are they the “functional equivalent of letting rats into a granary” as infamously stated by Berkshire Hathaway’s Charlie Munger, or an “important part of the overall trading ecosystem” according to former ICAP CEO Michael Spencer?

Regardless of which side of the fence you are on, or even if you sit firmly in the middle, nobody can afford to ignore the increasing significance of these companies – least of all the buy side.  The fact is that they now account for up to half of the turnover on the major European bourses and hence contribute a great deal to stock market liquidity.  Traditionally, the gripe against HFTs is that they know everything about an order before anyone else. They then look to trade on this insight by quickly buying the same number of shares for say $9, before then selling to an asset manager for $10 and pocketing the difference. However, today their business is about so much more than running an order book the size of the Grand Canyon.
The reality, however, is that the larger these firms have grown, especially amidst an ongoing and broadening wave of M&A activity, the more diverse their range of offerings has become.  Some are even now providing services previously offered up by independent specialist and agency brokers – including transaction cost analysis (TCA). Put simply, TCA is a measure of execution performance between the target price which is the prevailing price at which the asset manager decided to buy or sell and the actual price of the transaction, which includes commissions and taxes. The goal of this analysis is for an asset manager to determine whether their orders were transacted at fair prices, favorable prices or even, unfavorable prices. This best execution check sounds sensible in this era of intense investor and regulatory scrutiny, right?  A question of contention though, is whether an asset manager should feel entirely comfortable sharing its data with a firm that is looking to trade against it even if the provider is operating segregated business lines? An HFT firm would technically be able to see warts and all – including an asset manager’s historical trades, live orders, and even the balance of their order book.
Certain asset managers will, of course, be more comfortable than others with adopting TCA from a firm that will purport to enforce strict ethical boundaries between its TCA, and core market making business.  And with HFTs such an integral part of the liquidity in the market, nobody wants to cut their nose off to spite their face. The truth is that all this does not change the fact that some buy side institutions are far from at ease with handing over key information to a potential trading rival.
Those that are less comfortable have tended to favor independent and completely broker neutral providers of both TCA and indeed execution technology, with the latter conveniently and even seamlessly feeding order and execution data to the former.  Like them, loathe them, or just somewhere in-between, HFTs are here to stay and they are offering up more and more services – asset managers just need to figure out sooner rather than later whether passing over their data for TCA is really in the best interests of their business.
Share
Tweet
Share