Summer in the metropolis just got a little more color with the opening of “Frida Kahlo: Art, Garden, Life” at the New York Botanical Garden this month. Not only is this the first solo presentation of the influential Mexican painter in New York in ten years, the exhibition is also the first to spotlight Kahlo’s intense engagement with the natural world through the plants and decorations found in her lifelong home in Mexico City. 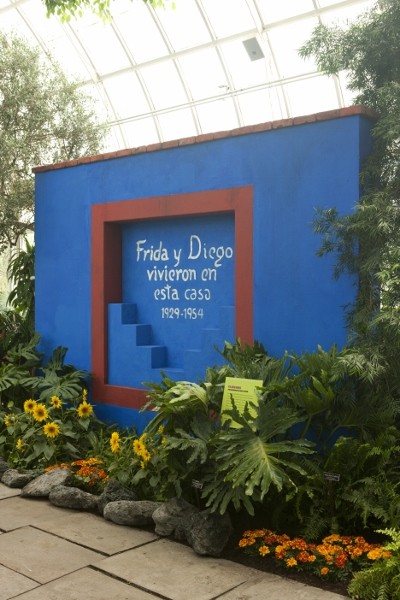 For this purpose, the garden’s conservatory has been transformed into a model of Kahlo’s studio and garden in Casa Azul, named for the house’s indigo-blue walls. The space is filled with garden plants native to Mexico and a replica of the pyramid Kahlo had created to display her husband Diego Riviera’s pre-Hispanic art collection. Traditional terracotta pots of cacti, succulents, and sunflowers adorn the reimagined version. 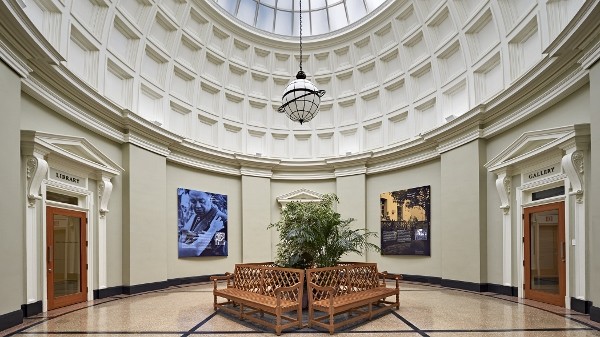 In the art gallery, guests can admire more than a dozen of Kahlo’s original paintings and drawings, including works that make use of botanical imagery. Also on view are large-scale photographs of the artist and the actual garden in Casa Azul – today the Museo Frida Kahlo. The conservatory reserves a niche in the garden for a desk and an easel, a reminder that Kahlo’s creations on canvas have always been influenced by the beauty she perceived in nature, especially that of her native Mexico.