Funky SOFR, Or A Plug-And-Play? You Choose

Some segments of the US market have been pining for two characteristics of Libor that are not present in SOFR. The first one will never be present in SOFR – a bank credit element. And the second – term (or forward) rates – are not being promised in a timely manner. That opens the field up to other bank rates, with pros and cons, as such rates have more spike risk.

It is theoretically satisfying to separate a borrowers rate out as separate 1. Risk free, 2. Systemic and 3. Credit components 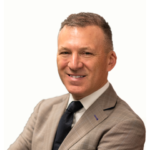 Libor incorporates bank risk. SOFR never will. It is partly the point of SOFR; a risk free rate (the Secured Overnight Financing Rate).

Within any rate paid to a bank by a borrower, there is a clear separation from the risk free rate (as effectively set by the Fed), plus bank systemic risk, plus the borrowers unique credit spread. A tighter credit spread then would reflect a reward for an improved corporate performance. And if a borrower has a steady credit record, then a rise in the rates it pays should only reflect a rise in the risk free rate or a rise in systemic risk.

In current circumstances, for example, Libor could be compared with the fed funds rate to understand pure bank risk, or players have used the 3mth FRA-OIS spread to achieve a more theoretically sound version.

Hence some calls for a separate bank credit element to be added to baseline SOFR.

Alternatives to Libor that maintain the bank risk element, not contained in SOFR, are on the horizon

Bloomberg had been working on just such an add-on. But they have since changed course, and have instead developed an all-in rate that incorporates a bank credit element. It in fact looks and smells like Libor, as it is forward-looking and contains a bank risk element.

Libor today is effectively where banks fund themselves, through commercial paper and the like. The Bloomberg Short Term Bank Yield Index (BSBY) does something similar by widening the scope to include certificates of deposit and wider deposits so that a critical volume mass is achieved and then finessed by excluding the usual rump of outliers.

An analysis of the behaviour of Libor versus BSBY over time shows they trend together. There is on average a spread between the two of a little over 4bp, with BSBY trading below Libor. The spread has seen a high of 19bp and a low of -4bp, concentrated in periods of extreme, like when Covid broke. Beyond that, the 5yr mean is 4.3bp and the 5yr median is a tad below 4bp.

The fact that BSBY is below Libor is likely a reflection of the volumes of deposits included in its calculation, whereas Libor is more structured around the commercial paper print (ever since the Great Financial Crisis effectively killed the interbank volumes that had underpinned Libor).

While BSBY has stepped to the fore, it competes with other rates. One is the American Interbank Offered Rate (Ameribor), which is based off overnight unsecured loans on the AFX exchange, mainly reflecting small, regional US banks. This trades slightly above Libor, but there is no Ameribor term rate, and so it does not provide the forward characteristics that some might require. It does have the bank credit aspect though and is supported by 3mth futures (which suggests that a term rate could be derived).

A hotter alternative comes from ICE, in the guise of the US Dollar ICE Bank Yield Index (BYI). It is forward looking, and is derived by collating unsecured transaction on the primary and wholesale market centred on yields on dollar funds over 1-month, 3-month, 6-month and 12-month periods in large internationally active banks. Preliminary historical data published by ICE show the current difference with 3-month Libor is about 1bp; BYI has been above and below Libor at times, but now slightly below.

And for completeness, the aforementioned Bloomberg’s BSBY is also an index that has term, mapping out 1-month, 3-month, 6-month and 12-month rates (all forward looking).

Meanwhile, the Alternative Reference Rate Committee (ARRC) has pre-warned that a term SOFR rate may not be available by end-2021, and that participants should make other plans. This is causing some participants to seek alternatives.

There is value in having term rates; the ability to execute a loan or swap today that references, say a 3-month rate, and know the exact rate that will have to be paid in 3 months. Pure 3-month SOFR does not work like that, as the rate to be paid only becomes clear at the end of the 3 month period, calculated as the (compounded) average of the journey of overnight rates over that full period (likely adjusted by a 3-5 day lookback for practicality purposes).

In the UK, expected term-Sonia take-up in the region of 10% of volumes provides a steer as to the potential size of this wider segment for the US. Players involved in trade finance and working capital management are active here, but there is an extension beyond that to operations that simply have a preference to deal with a term plug and play replacement term rate.

Key point – forward rates come with heightened spike risk. This risk is abated in SOFR, especially when set in arrears – a clear positive

To square the circle here, it must be asserted that the likes of SOFR in arrears has a protective structure that significantly mitigates the effect of multi-day spikes in the underlying rate, for whatever reason. This is so, as the benchmark 3mth rate would be a (compounded) daily average, so the impact of a couple of out-sized observations would not be determinative. In contrast a reset using a term (or forward) rate must take the rate on the reset day, which could be at the height of a spike. That’s the risk with a forward looking term rate, and especially one that has a direct link to systemic risk.

So, market participants have choices to make. The odds still firmly favor SOFR being the dominant rate. It’s risk free and has a handy averaging feature to help dampen extremes. It is a base on top of which other components can be added as required.

The ARRC’s decision not to provide timely term SOFR rates (partly on a disappointing build in SOFR volumes) has at the same time opened the field up. Some players that were holding out for a term SOFR rate may prefer one of the alternatives. A subsequent build in volumes in such rates would be self-fulfilling as derivatives are latched on around them.

But don’t forget the volatility reducing advantage of the in-arrears construction, and that is where SOFR in it’s purest sense will maintain a strong underpinning.