The futures industry is being caught up in the regulations that implement provisions of the Dodd-Frank Act for OTC derivatives.

The Commodity Futures Trading Commission recently issued a rule that will require futures commission merchants (FCMs) to maintain a residual interest in its customer accounts that’s at least equal to its customers’ aggregate under margined accounts for the prior trade date.

The rule, which was adopted in accordance with the Dodd-Frank Act, is intended to shift the risk of loss in the event of a double default by the FCM and one or more of its customers away from customers with excess margin.

“Regulations for cleared swaps include strong customer protections, so the regulators are saying why not offer the same protection in futures, especially in light of the failure of MF Global,” said Alun Green, general manager of post-trade derivatives at SunGard. “Bilateral OTC bookkeeping systems always worked with segregated customer accounts, but for futures, the agency business model is changing.” 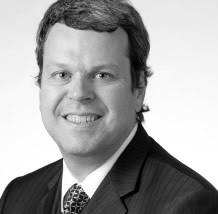 The final rule contains a set of amendments and new rules that impose significant changes on FCMs and the way they conduct their business.

“Since the MF Global and Peregrine brokerage failures, the National Futures Association has already implemented several changes to better protect customer funds, and FCMs were likely on notice of this heavier regulatory burden from the CFTC,” said Brian Barrett, partner at law firm Sutherland Asbill and Brennan, in a client memo.

Nevertheless, FCMs may discover that the Final Rule creates significant additional expenses while limiting their profitability most notably in the form of increased capital that FCMs must contribute to segregated accounts as a result of the targeted residual interest requirement, said Barrett. Those costs may, in turn, be passed on to FCM customers or, in some cases, firms may opt out of the futures commission merchant business altogether.

“Overall, however, the final rule enables FCM customers to act with more confidence in their FCMs and in the marketplace generally, which, in turn, may allow for more robust and structurally sound futures and swaps markets,” Barrett said.

The CFTC also adopted a rule on requirements for segregated accounts for uncleared swaps, under which if a counterparty elects segregation, the account must be held at a custodian that is independent of both the counterparty and the swap dealer. There must also be a written custody agreement between the posting the initial margin, the swap dealer, and the custodian.

“The biggest focus is on customer protection, particularly with the European rules, where you can have individual account segregation,” said Green. “That puts greater burden on back office processing. The back office has always separated out customer positions, but they are now holding different cash flows and accounts at multiple clearinghouses.”

“Traditionally a European firm would have one house account and one clearing agency account with their clearinghouse,” Green continued. “Now if they have 10,000 customers who all decide they want individual protection at the clearinghouse, they have 10,000 accounts and reconciliation takes a different aspect. Added to that is the need to ensure that everybody is margined, and if not, the need for capital to bolster that up, and capital is not easy to come by for FCMs.”

That has put the spotlight on back-office operations, which is now receiving some long overdue automation, not only for regulatory compliance purposes but as a strategic asset. “With cleared swaps, it’s a matter of making the credit check process, and how efficient you can be as we get into this complex world of multiple SEFs and clearinghouses.”

Previously, firms had been investing in back office because they had to meet regulations for cleared swaps and customer protection. “What’s beginning to change now, and what we’re focusing on with our clients, is turning the back office to a real market advantage,” said Green. “Over the last year, the back office has gone from being a necessary evil to being potentially a competitive advantage.”