Sign up to receive exclusive articles on topics including: Select one or more newsletters you would like to receive:
Close popup
Sectors
By Terry Flanagan
Regulation

Through the Regulatory Looking Glass

The thrust of current regulations is to provide regulators, and by extension investors, with greater transparency into the inner workings of systemically-important financial institutions.

The scope of reporting obligations under the Dodd-Frank Act, such as that required by hedge funds and parties to OTC derivatives transactions, is already vast and continues to escalate in the wake of the 2008 financial crisis and the post-Madoff era. 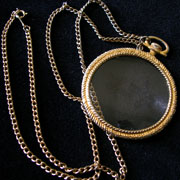 “There is an intense need among regulators to improve visibility into systemic risk,” said Tony Freeman, executive director of industry relations at post-trade provider Omgeo. “The desire for transparency isn’t coming from the buy side, it’s coming from regulators.”

The degree of transparency that exists today varies by asset class. The OTC commodity derivatives market, for example, is now relatively transparent with a significant proportion of transactions centrally cleared, electronically confirmed and bilaterally collateralized.

According to a report by the International Swaps and Derivatives Association, there are ample sources for both pre- and post-trade information within the OTC commodity derivatives markets.

“Both regulators and clients want to know more of the detail that lies beneath the reports and valuations they are supplied with, and so in this regard systems can no longer be designed to be as ‘black box’ as they once were—they need to be able to supply the detail of where and when that detail is requested,” said Brian Sentance, chief executive of analytics and data provider Xenomorph.

As regulators seek to extend the same level of transparency to other asset classes, financial firms will be faced with a daunting data reporting and aggregation task.

“They have to have the complete history stored in a way that allows them to answer ad-hoc queries very quickly,” said Simon Garland, chief strategist at software provider Kx Systems.

“Given the huge data volumes institutions are having to store it is important for them to be able to dynamically aggregate and present the data graphically,” said Garland.

The details behind pricing and risk model assumptions needs to be made available to the regulators if requested, plus the regulators are becoming ever more keen on being able to obtain the exact datasets that produced a report on a particular day, resulting in both the need for detailed audit of data changes but also a kind of ‘history of histories’ or bi-temporal’ approach to data, said Sentance at Xenomorph.

Under this requirement one party to the trade must bear the responsibility to ensure that the trade is reported.

The CFTC in its rulemaking has created a hierarchy whereby swaps dealers always report when trading with major swap participants and end users.

Further, swap transactions and pricing must be reported to a registered swap data repository “as soon as technologically practicable” after execution of a publicly reportable swap transaction, but not later than 30 minutes after the transaction takes place.

The regulatory requirements on quality, breadth and speed of data reporting are requiring firms to make fundamental changes in the way they architect their data.

“The times required to report transactions are going to be dramatically reduced,” said Freeman at Omgeo. “Only a couple of years ago, firms could take up to two days to report OTC transactions. Now they will have to do it in 30 minutes, which is light speed.”

The process of confirming trades, which customarily took place at the end of business day on which the transaction took place (T+0) or the following day (T+1) will now have to take place intraday.

“That’s a very big reengineering effort for both dealers and clients,” said Freeman.

As the universe of cleared products expands, post-trade service providers are providing clients with a single-point of connectivity to transact with multiple counterparties and to direct trades to multiple CCPs and trade repositories.

The result is that SEB Futures can now execute post-trade processes in real-time, ensure prompt identification of mismatches and provide a seamless clearing process.

“This major advance gives us the ability to communicate quickly and effectively post trade with a range of counterparties,” said Fredrik Wingren, head of execution at IPM, a Stockholm-based systematic investment manager. “The extra visibility this service brings us significantly enhances our decision-making and risk management capabilities.”

The workflow functionality will benefit U.S. clients subject to the Dodd-Frank Act. For example, MarkitSERV enables asset managers to select multiple futures commission merchants (FCMs) on a single block trade, have block trades cleared by SwapClear on a split-by-split basis, and “anonymize” sub-accounts and FCMs on any given trade.

Executing brokers can use MarkitSERV to designate their own clearing member for trades cleared through SwapClear.