As a fractured regulatory landscape has emerged in the wake of the financial crisis of 2008, the headlines have primarily focused on the often-unaligned efforts of the US and European regulatory bodies. We recently saw yet another CFTC deadline pass as the industry scratched its collective head in the absence of clarification of what exactly was expected of them.

The deadline in question related to European MTFs applying for QMTF status – a CFTC-created category for MTFs wishing to open their markets to US participants who would otherwise only be allowed to trade on US-regulated SEFs.

Just as the FCA was working through the rules with London-based venues, the CFTC told European platforms not to apply as it was re-working its guidance on the matter. The result, potentially, is a further split in the already-fragile liquidity of the global swaps markets and the opportunity for arbitrage between them.

While this is just one of many headaches for US and European derivatives market participants, the bigger story in the global arbitrage saga is undoubtedly Asia. The geographical and regulatory patchwork of this region is so vast and so varied – and often so unaligned with US and European efforts – that the opportunities for arbitrage are endless. 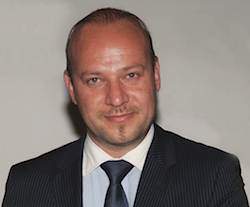 Asia’s financial markets are growing in strength and sophistication and becoming increasingly attractive to foreign buy- and sell-side trading operations. Add to that mix a favourable regulatory environment in jurisdictions such as Singapore, and the scene is well set for intercontinental arbitrage. China, of course, is a different beast altogether, and is undoubtedly the big “what if” in the whole debate.

As the situation plays out over the coming years and the market settles into its new regulatory reality, it is likely that some kind of alignment between the different authorities’ efforts will prevail. By that time, however, the industry could be facing an entirely new set of challenges altogether.

-Zohar Hod is global head of sales and support at SuperDerivatives