Recently enacted legislation in the U.S. gives hedge funds more leeway to market themselves, but don’t expect to see industry titans Bridgewater Associates or Highbridge Capital Management rent Times Square billboard space anytime soon. The Jumpstart Our Business Startups (JOBS) Act, signed into law in April, is intended to encourage funding of small businesses by easing securities regulations. The act eliminates the ban on general solicitation and advertising by hedge funds, and should pave the way for some funds to tell their stories via advertisements, marketing, and media interviews. 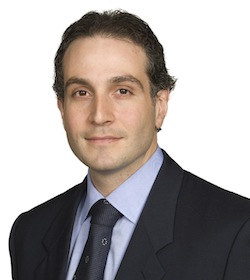 The Jumpstart Our Business Startups (JOBS) Act, signed into law in April, is intended to encourage funding of small businesses by easing securities regulations. The act eliminates the ban on general solicitation and advertising by hedge funds, and should pave the way for some funds to tell their stories via advertisements, marketing, and media interviews.

“There is a challenge for new and smaller funds to raise capital in the current environment,” said Ward Corbett, managing partner at Catalyst Partners, a small New York-based hedge fund. “As a hedge-fund manager, I welcome the opportunity to market Catalyst Partners more freely in unique and creative ways.”

For practical purposes, the JOBS Act is not a done deal yet, as the U.S. Securities and Exchange Commission must eliminate the current restriction on general solicitation within 90 days of the effective date of the Act, which was July 4. ”For a variety of reasons, we have been advising clients not to engage in general solicitation until the SEC comes out with its rules implementing the Act,” said Michael Mavrides, a partner at Bingham McCutchen.

“Managers simply don’t have high expectations that capital can be raised in this space through general solicitation.” Michael Mavrides

“There are exemptions under the Investment Company Act, the Investment Advisers Act and the Commodity Exchange Act that funds and investment advisers rely on that are essentially predicated or conditioned upon the fund or the manager not engaging in a general solicitation or otherwise being public about its activities,” Mavrides told Markets Media. “We hope that the SEC and the (Commodity Futures Trading Commission) will adopt rules or otherwise come out with guidance that provides similar relief with respect to these other exemptions.”

Once details of the JOBS Act are spelled out, managers and industry observers say implications of the legislation will, for the most part, be limited to smaller funds. This is because smaller hedge funds typically are open to a wider universe of investors including high-net- worth individuals and small family offices, while larger funds tend to seek out pensions and other large institutional investors, only through the traditional channels of face-to-face meetings and presentations.

“I do not expect the JOBS Act will change our approach” to marketing and press, said an executive at a West Coast-based hedge fund with more than $2 billion under management. “This is a strategic decision. We believe that from a positioning standpoint our current investors and potential investors look at (our CEO) spending time on marketing and press as a distraction. He and another partner focus on investing.”

“We have found that articles help raise the firm’s profile, but since we are selective of our investors it generally generates interest from investors we do not really want to attract,” said the hedge-fund executive, who spoke on condition of anonymity. “It just does not fit into what we are trying to do right now.”

Mavrides noted that the JOBS Act opens the door some for hedge funds to present themselves in the public domain, but the door isn’t open all the way. “Managers will need to continue to comply with the various advertising rules and anti-fraud principles that apply to their businesses. The JOBS Act doesn’t change that,” Mavrides said. “Advertisements and other marketing pieces, whether made via a general solicitation or not, will still need to be carefully scrutinized.”

“We are talking about folks who are targeting sophisticated individuals and institutional investors,” Mavrides added. “In my experience, managers simply don’t have high expectations that capital can be raised in this space through general solicitation…At the end of the day I don’t see this having as large an impact as I think some are predicting. I think folks will continue to rely heavily on traditional channels for discovering new managers and traditional factors for deciding whether to invest with a manager, including pedigree and track record.”

The JOBS Act presents an opportunity for the historically reclusive hedge-fund sector to hone their message and brand, according to Jennifer Prosek of public relations concern Prosek Partners. This is likely to manifest itself in more active public relations; more modern and inviting websites; advertising, especially by smaller funds; boardroom discussions about message and branding; and revitalized capital-raising efforts. Panelists at a recent hedge-fund conference rated the JOBS Act as a 7 on a scale of 1 to 10, with 10 representing major significance for the sector, Prosek said. “Large funds may dismiss the JOBS Act, but if they do, they are making a big mistake,” Prosek recently wrote in an op-ed piece published in FINalternatives.

As of mid-August, the SEC signaled it would delay finalizing rules on the JOBS Act, on the premise the regulator needs more time to get it right. 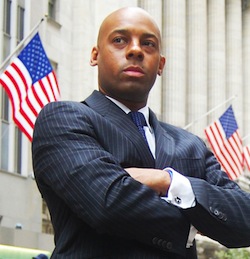 In the view of Catalyst Partners’ Corbett, the JOBS Act is an innovative regulation designed to spur economic growth by making it easier for entrepreneurs to raise capital. “A key provision in the JOBS Act is to lift the ban on general solicitation,” Corbett told Markets Media on Aug. 1. “It would be unfortunate if the rules were delayed for an extended period of time. The SEC has the ability to implement an interim rule that would lift the ban on general solicitation for private securities offerings right away. The SEC can then solicit comments after the rule is in effect and make changes later, if needed.”

“The majority of hedge-fund allocations historically go to the large firms who rely on their sizable AUM more so than performance to generate returns,” Corbett continued. “Any increase in the growth of new Emerging Growth Firms — a new class of companies created by the JOBS Act — that can deliver alpha should be greatly welcomed.”

Hedge funds can raise money via multiple sources, including ‘friends and family’, high-net-worth individuals, family offices, and institutional investors. The channels can be traditional or non-traditional, the latter of which includes third-party marketers, capital introduction services, and industry conferences and databases. Hedge funds have heretofore been prohibited from general advertising or solicitation, which includes advertising in any financial publications or on the internet and cold-calling potential investors. The JOBS Act allows for some of these options, and according to Corbett does so without weakening investor protection.

“The JOBS Act makes it possible to increase awareness of new and unique funds that would often remain under the radar.” Ward Corbett

“Concerns of investor protection are always necessary and intact are the accredited and sophisticated investor rules under SEC Rule 506 Regulation D,” Corbett said, referring to the definition of a sophisticated investor as one who has “sufficient knowledge and experience in financial and business matters to make them capable of evaluating the merits and risks of the prospective investment.”

“We will see many firms participate in increased marketing opportunities and branding efforts that become available, but historically hedge funds have been discreet firms that have attempted to maintain a low profile,” Corbett said. “The profile of the investor base will most likely determine the level of individual funds marketing and advertising efforts. Large institutional investors have many concerns, the least of which should be a lessthan- conservative advertising campaign that raises eyebrows.”

Ultimately, the JOBS Act is not expected to be a game-changer for the hedge-fund sector, but it can enable smaller funds, who typically have more flexibility and more willingness to try something new, to drum up business. “Although many firms welcome the proposed new rules and might hope to see their firms name included as a part of the advertising during the Super Bowl, we will not see exponential growth of the industry solely due to any rule changes,” Corbett said. “The investment-management industry is an industry built on relationships and for the foreseeable future it will continue to be so.”

Added Corbett, “the JOBS Act makes it possible to increase awareness of new and unique funds that would often remain under the radar giving firm like Catalyst Partners increased opportunity to compete, thrive and grow in a challenging environment.”