“The trend is toward consolidation in market making, moving more and more from the floor into the electronic area,” said Derek Wang, founder and CEO at Bell Curve Capital, a quantitative hedge fund with under $10 million in assets. “What we are seeing in recent years is the line between the pure market makers and liquidity takers is getting a little bit more blurred. People like us, a volatility trading firm, bring a lot of liquidity to the market. Even though we are coming in as a liquidity taker, more than half of our trades are providing liquidity.” 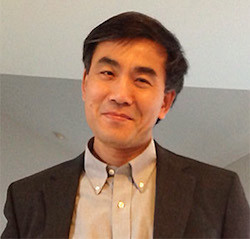 Wang has been trading options and volatility for the last fifteen years, starting at Peak6 and Ronin Capital in Chicago, then later at Capstone before he started Bell Curve Capital in 2010.

“I built a system for trading options with a mathematical model, and put the system to test for many years,” he said.

In recent years, Bell Curve Capital developed a host of electronic trading systems connecting to major option algorithmic execution engines on the Street, such as Credit Suisse, Morgan Stanley and Merrill Lynch. “It turns out that a quantitative volatility system interfacing with the intelligence of electronic execution and institutional liquidity providing is a pretty good combination, and we are seeing a very good and consistent outcome in the past three years,” said Wang.

Chicago Board Options Exchange introduced its Hybrid Trading System, which combines features of the open outcry market with an electronic, competing dealer model, in response to changes in the competitive landscape, including the introduction of a new exchange (International Securities Exchange) which was fully electronic.

CBOE’s Hybrid Trading System is designed to provide customers both electronic and open outcry models. “With CBOE Hybrid, the speed and efficiencies of a screen-based trading environment are melded with the liquidity and price-discovery of a floor-based, open outcry marketplace,” the company says on its website.

“It used to be that if you were an institution and you had any kind of large order, and you needed to find a counterparty for it, there were actual human market makers standing on the floor, and they would be on the other side,” said an industry source. “Most floor trades today are pre-negotiated upstairs, and the majority of the population on the floor is brokers. They’re not market makers. There are just a handful of market makers.”

In the U.S. equity options market, there are two groups of people trading volatility, according to Wang: market makers and liquidity takers such as hedge funds.