Here’s to the Crazy Ones: The Earth is Flat!

When we think about disruption, we generally tend to think about technology and the impact it has had on our industry, and its influence on our daily lives. But the reality is that is just the tip of the iceberg. 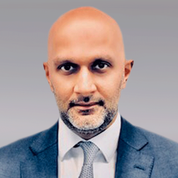 When we dig below the surface, and if you have read any news headlines recently (setting aside the fact that an algorithm may have fed you those), you may have noticed that disruption doesn’t stop there. We are witnessing a sea change in political, social, and environmental views. Even the dinner plate is not immune: What food should we eat, is the plant-based diet or the meat-based diet better? (I will save this topic for another time..)

This ‘Philosophical’ disruption has important ramifications for all of us, and it is a lead indicator that should inform us that everything we know is due for a re-think. Let’s try a little thought experiment: What would you say if I told you that the Earth was flat?

I know, it may sound crazy, but before you dismiss the idea entirely, let me take you on a quick flat earth tour: 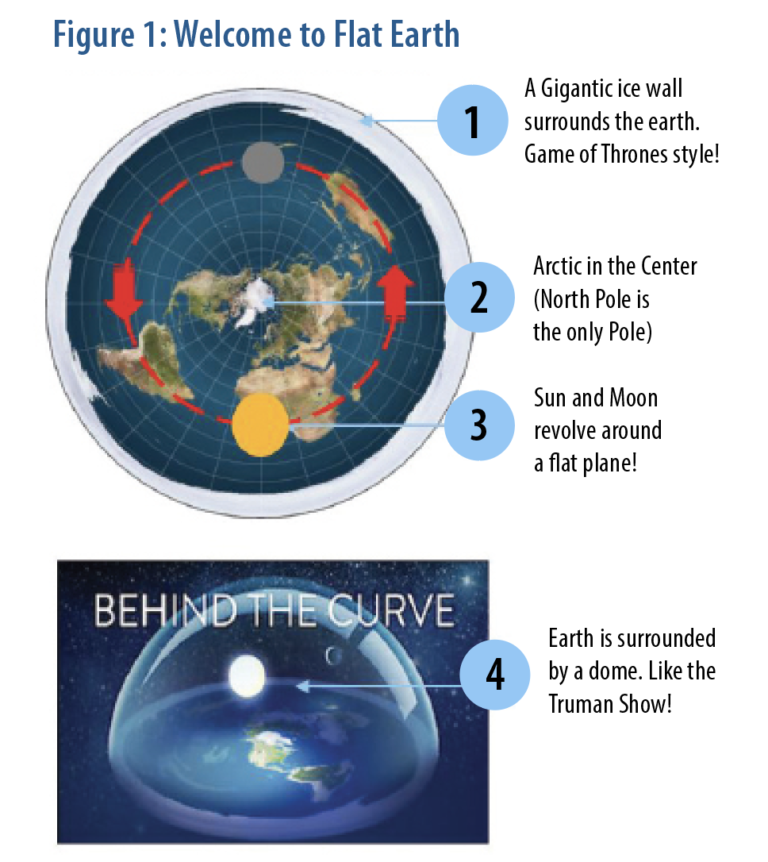 What are the inherent philosophical differences between a Round Earther vs a Flat Earther?

The world of modern psychology describes Flat Earthers as being subject to the Dunning Kruger effect, which states that non-experts overestimate their understanding based on simplistic facts, that lead them to extrapolate ideas that have little scientific basis. In the opposite corner, the Flat Earth camp allege that Round Earthers are subject to confirmation bias, where they pay more attention to people and ideas that they agree with or that they have been taught. The key argument is that that they do this without independent first-hand experience.

I am guessing that this far in, most people have already dismissed the Flat Earthers, but wait, not so fast! There are some essential truths hiding behind that gigantic ice wall:

So is the earth flat or round? (Drum roll). Okay, breathe, it is (probably) round, but what emerges from this debate is: Whether we like it or not, a lot of what we know is not from our direct experience, rather we learn it from someone else, and that is continually reinforced throughout our lives. Our biases can also play a big part in deciding whom we trust, and therefore what information we are willing to absorb or discard.

What on this Flat Earth has any of this got to do with trading?

Could it be time for us to embrace some of these ideas, and challenge the current order of things? Can we step outside (mind the dome) and re-examine the way we think about our own little world of trading and execution?

As in life, in trading, everything is fair game for a rethink — including the most tightly held notions of what provides for the best implementation shortfall returns. Robert Almgren, one of the pioneers in the research into optimal execution strategies (Almgren-Chriss), had his own flat-earth moment, when he was quoted in an article “Why Robert Almgren no longer trades using Almgren Chriss” (Risk.net Magazine July 2017) – because he now believes that the model he co-authored, requires a radical rethink that challenges some of the fundamental assertions that formed the basis of his initial theory. If Almgren can take a view that challenges the current order (that he created!), it means that we as an industry should be open to questioning our own historical approaches, either to verify or challenge the way things have been done.

In my previous article ‘Letting go of the wheel’, I touched upon some of the more macro philosophical issues that we have seen play out after the introduction of The Wheel. If the goal is to continually improve execution quality and ultimately investor returns:

How might the buy-side and sell-side work together to integrate the PM investment process to inform our algo trading decisions, to capitalize on the valuable information that precipitates trading activity?

How can the sell-side use new research and technologies to optimize trade planning and execution: Can we look at IS in a new light, by taking a leaf out of the new research from Almgren and others?

How might the buy-side balance the dilemma of encouraging competition for best execution on the Wheel, while still ensuring that the results do not end up self-fulfilling and tying them to their methodology(s), given that our ideas of what is ‘best’ will also likely change?

In light of the current wave of disruption we are experiencing, this is the perfect time for us to challenge and rethink our assumptions. Not just in pursuit of change alone, but to be honest and ready to re-pivot our ideas as we craft new ways to move forward as an industry. Can all the buy-side and sell-side Flat Earthers please step forward!