HFT a Hot Potato for Regulators

The extent to which authorities can or should have access to source code is a topic of debate.

The pace of technological innovation has made high-frequency and algorithmic trading a core component of most trading strategies.

Increasingly, they are falling within the domain of regulators as well, who must ensure that automated trading strategies don’t interfere with fair and orderly markets. 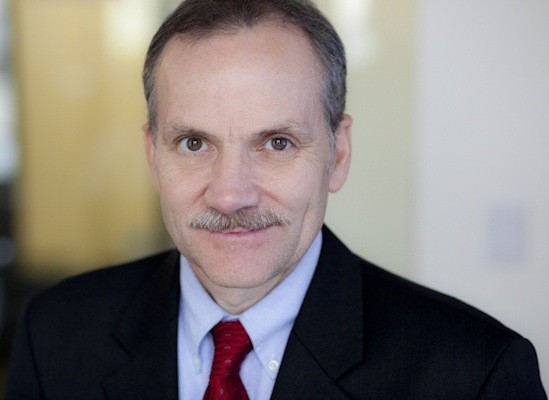 The question becomes, how far can or should regulators go into the intricacies of software debugging?

“Unfortunately, Knight’s debacle has regulators spinning on the issue of ‘properly tested’ code, something they would have little recourse to rectify or regulate,” said Louis Lovas, director of solutions at OneMarketData, a New York-based financial analytics provider. “Algos and their test environment are highly unique to individual trading styles.”

Pre-Trade Risk
Pre-trade risk is a “toll that some firms choose to pay by their own volition and by regulatory mandate”, said Lovas, such as the Securities and Exchange Commission’s 15c-3 Market Access Rule. “This is an independent function from the trading systems designed to monitor order flow and act as a gatekeeper,” added Lovas.

The Fix Protocol Organization, the industry standard for carrying data and trading messages around the world’s equity markets, has released a set of guidelines for pre-trade risk, including “runaway checks,” which identify when a trading algorithm has stopped working correctly and/or is no longer under control of the client, as when the ratio of order cancels or to new orders is unusually high, or trading patterns indicate the algorithm may have gone into a loop (e.g. repeatedly sending an order and then canceling it).

“Given that definition, it seems rather plausible that Knight decided not to enable such a pre-trade check,” said Lovas.

The perception, justified or not, that machines that have gone haywire are the root cause of market dysfunction, is palpable.

Machines Run Amok?
“After the ‘flash crash’ of May 2010, when investors witnessed stock prices plunge 9% in 20 minutes, only to rebound in the next 10 minutes and the recent massive loss sustained by Knight, investors are asking themselves, ‘can computers destroy the market?’” said Jeff Sica, president and chief investment officer of SICA Wealth Management, an independent wealth manager based in Morristown, New Jersey with $1 billion in assets under management.

With the addition of institutional frequency traders or computer trading, investors must adapt to a market which often is completely under the influence of a machine, which could account for up to 60% of total volume every day.

“In order for individual investors to adapt and invest with confidence, they must understand that much of the volatility in the market could be the result of a computer buy or sell program,” said Sica. “This would mean that investors need to be more focused on individual fundamentals and less focused on market action.”

While algorithmic trading is a valid and valuable evolution to the trading arena, HFT presents unique challenges for exchanges and regulators.

“With HFT, you are now able to process information and execute trades thousands of times a second; the kind of throughput a mere human could never aspire to,” said Mike Rhodes, senior fraud consultant at SAS, an analytics provider. “If each trade yields a fraction of profit, with enough of them you can start to build up significant sums of money, hence the motivation behind using this technique.”

The problem, said Rhodes, is that “under heavy load, the exchange’s software can’t deal with the volume/frequency of these HFT trades, and simply crashes. The exchanges don’t currently have the software to detect errant behavior either in real-time or near real-time, and if misconfigured, the algorithms can cause great damage to the investment company concerned, or, even worse, the market as a whole.”

National regulators and self-regulatory organizations are establishing frameworks by which algorithms must be tested before being put into production, but so far have stopped short of requiring that the algorithms, which trading firms consider intellectual property, be registered.

“We believe that regulatory review of firms’ source codes for algorithmic or other computer-based trading programs may be inappropriate, particularly if there is no confidentiality guarantee, as the source codes are highly sensitive and proprietary information,” according to a report by Sifma, an securities industry trade group, on the impact of high-frequency trading and considerations for regulatory change, published in December 2011.

Canadian securities regulators have launched sweeping policies aimed at controlling risks associated with the speed and automation of electronic trading, and ensuring that marketplaces actively monitor their risks.

High-frequency trading now accounts for 42% of all trades in Canadian markets, according to a study by the Investment Industry Regulatory Organization of Canada.

NI 23-103, which is to go into effect on March 1, 2013, imposes requirements on marketplaces for availability of order and trade information, marketplace controls relating to electronic trading, marketplace thresholds and erroneous trades.

Such controls are well within the capabilities of software engineers.

“Today, we have the technical sophistication to deploy analytical post-trade monitoring that dynamically feeds back into the pre-trade risk connectivity layer, acting to constrain or cease new order flow,” said Steve Woodyatt, chief executive of Object Trading, a provider of direct market access.

Pre-agreed maximum losses, once triggered, can message the risk layer to block new trades and alert the relevant teams and management, especially in cases where they are blissfully unaware of potential ‘black swans’—an event that is a surprise (to the observer), has a major impact and after the fact is often inappropriately rationalized with the benefit of hindsight.

Exchanges should “invest in high-performance technology to monitor the markets in real-time and look for anomalies, known patterns and other triggers that indicate errant HFT activity on the exchange,” said Rhodes of SAS. “This software exists, as it is exactly the kind of stuff I deliver as rogue-trader surveillance.”