In the latest salvo in the battle of institutional trading venues, dark pools are increasingly snaring high-speed order flow that had once routinely gone to exchanges.

Dark pools’ encroachment onto exchange turf further blurs the lines between the two market participants, following exchanges moving into dark-liquidity venues, for example NYSE Euronext with SmartPool and London Stock Exchange with Turquoise. Prior to that, roles were clearer: exchanges provided a deep liquidity pool and reliable execution, while dark pools offered anonymity for very large orders that would be difficult to efficiently fill in a lit venue.

Black and white has given way to substantially gray. “Dark pools are no longer just the place for institutions to cross blocks,” Harkins told Markets Media. “True block-crossing facilities are a rarity today rather than the norm.”

Regulators have given a leg up to off-exchange trading venues, according to NYSE Euronext Chief Executive Duncan Niederauer. New rules haven’t forced changes; rather, more than three years’ of talk and signals from regulatory bodies in the U.S. and Europe in conjunction with the ongoing implementation of the Dodd-Frank Act have prompted some traders to try to fly under the radar.

“Whether it’s an unintended consequence or not, some of the rhetoric from the regulators and politicians may be leading the high-frequency community to think about other alternatives and accelerated their move to either other asset classes and geographies, or some of the more lightly regulated liquidity pools,” Niederauer told reporters in April.

NYSE Euronext Chief Executive Duncan NiederauerThey’ve shifted some of their volume from the regulated to the less regulated markets, which you have to say is a rational decision on their part.

High-speed trading flow isn’t especially lucrative on a per-order basis — it’s the volume that trading venues covet. Niederauer cited the migration of some of those market participants as a factor behind NYSE Euronext’s first-quarter earnings decline. “I do think they’ve shifted some of their volume from the regulated to the less regulated markets, which you have to say is a rational decision on their part,” he said.

“A lot of people don’t realize that HFT firms trade in dark pools,” said Manoj Narang, chief executive of Tradeworx, a Red Bank, New Jersey-based trading shop. “Dark pools are gaining market share because of the paranoia and suspicions from the buy side that high-frequency trading on exchanges puts them at a disadvantage. That causes a lot of fear and misconceptions from the buy side. That is behind a lot of the adoption of dark pools.”

Low market volatility has also served as a tailwind for dark pools. Calm market action makes exchanges’ reliability and comparatively higher speed less of a draw, and also encourages traders to look for better pricing offered by off-exchange operators. About 6.8 billion shares traded per day in the U.S. in the first five months of 2012, down from 7.6 billion in the year-earlier period.

Liquidity begets liquidity in financial markets, so some short-term market participants moving to dark pools logically would draw in others. 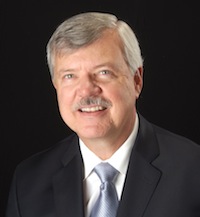 Dark-pool market share reached an all-time high of 13.5% of U.S. equity trading volume this past January, according to Rosenblatt Securities. Total off-exchange volume, which includes dark pools as well as other venues such as ‘upstairs’ trading and crossing networks, has been estimated at as much as 35%.

The composition of order flow across exchanges and dark pools can be a mixed bag. Exchanges have a broader spectrum of participants, but some investment firms dislike the prevalence of high-frequency traders. Many dark pools have attractive institutional order flow, but the venues are also known to sometimes have ‘toxic’ flow. Increased dark-pool trading on the part of high-speed traders can thus be viewed as a vote of confidence in the venues.

“High-frequency traders and liquidity providers are more interested in the quality of flow they are trading against,” said Harkins. “Everyone is price sensitive to a degree, but they want to trade against quality order flow.”

As suggested by its name, a dark pool is not transparent, and information about who trades there is limited. So it is not surprising that an increase in high-frequency traders is noted by some market participants but not others.

“Dark-pool market share has been fairly stable in recent months,” said Dmitry Bulkin, director of Advanced Execution Services at Credit Suisse. “Overall volumes have been down, and the share of dark destinations hasn’t increased. I don’t think it is the case that HFT firms are migrating from the displayed markets to the non-displayed.”

Institutionally focused alternative venues such as Liquidnet often cite their very large average execution sizes compared with exchanges; the difference can be 50,000 shares compared with 200 shares.

Trade Size Down
But large trade sizes on dark pools are now more the exception than the rule, suggesting an increased presence of shorter-term traders. The average trade size across all dark trading platforms has declined by almost half since 2009 from 440 shares to 230 shares, a level that is not much larger than average exchange trades, according to Rosenblatt.

Dark pools operated by big banks, such as Goldman Sachs’ Sigma X and Credit Suisse’s Crossfinder, handle the lion’s share of unlit trading volume, handling as much as 100 million shares per day, more than some exchanges. Average trade size at Sigma X and Crossfinder was about 181 shares and 174 shares respectively as of late May, on par with or slightly smaller than exchange trade size, according to Rosenblatt. Dark pools run by UBS, Barclays and Deutsche Bank also have average trade sizes of less than 200 shares.

The declining size in dark-pool order size tracks a similar trend in exchanges. It doesn’t mean that institutions have left, rather they are increasingly using algorithms to split up large orders for better execution amid more high-frequency traders. If there are no high-speed traders present, institutional trades would more likely execute as blocks.

Unlike independent, block-focused dark pools, broker-dealer operated dark pools often welcome high-frequency traders for the liquidity they provide, a position that some – but not all – institutions would agree with. A typical HFT strategy may be to lock in a high price by submitting a large sell order to a dark pool just as the exchange price of a share begins to fall. Dark pools that cater to institutional block orders may turn away high-speed traders and these practices, but excluding participants may also make trades less likely to fill.

“With the invention of algorithms, institutions can take large blocks and send them into the market in little pieces, or child orders, which can limit the impact and hide intentions,” said Harkins. “Blocks have essentially been replaced by algos that look to litter orders to various exchanges and ATSs. If true dark orders are replaced by algos, then you need to go after market makers, and market makers these days are large electronic high-frequency traders.”

Partly buoyed by the expansion of high-frequency trading, larger dark venues such as Crossfinder trade as much as 2% of total equity volume, compared with less than 1% for block trading venues such as ITG Posit and Liquidnet.

Some market participants are starting alternative trading venues specifically for institutional and retail investors, where high-frequency trading is not welcome. For instance, IEX Group, founded by former Royal Bank of Canada head of electronic trading Bradley Katsuyama, intends to shield mutual-fund managers trading at its venue from HFT. The firm has hired employees from exchanges and HFT firms to help develop the platform, which may launch next year.

Barclays, UBS, BNP Paribas, Deutsche Bank and RBC will back a new foreign-exchange trading platform, traFXpure, that will cut down on flash orders from high-frequency trading practitioners. The venue will be run by Tradition, the Swiss inter-dealer broker.

CA Cheuvreux, the equity brokerage arm of Crédit Agricole, launched Blink MTF, a European equity-trading platform in April. Aimed at institutional and retail traders, the multilateral trading facility will handle trades of 1,700 stocks across 14 European markets and will exclude the proprietary trading desks of big banks and high-frequency traders.

The challenge of the new venues, especially in an increasingly fragmented marketplace, will be to coalesce enough liquidity without the order flow from the excluded market participants. Another issue some market participants have with the increasing amount of orders being sent off-exchange is that it doesn’t help price discovery. While high-frequency traders are often maligned for skewing securities prices, taking more flow away from exchanges can be problematic for the market as a whole.

In Canada, about 10% of volume is estimated to trade off-exchange, and there is some uneasiness about the number moving higher.

“The debate here in Canada has been, at what point do we jeopardize the quality of our marketplace if we compromise central visible markets?” Kevan Cowan, head of equities at Toronto-based TMX Group, told Markets Media. “Everyone has been debating what is the tipping point. What my U.S. contacts are telling me is that at 35%, it’s past the tipping point.”