The debate over regulating cryptocurrency as well as securities and utility tokens to center stage in a hearing before the House Financial Services Committee’ Subcommittee on Capital Markets, Securities, and Investment.

Representatives from the legal, academic, and markets testifying before the subcommittee found the conversation with subcommittee members addressing “when” and “how” to regulate and oversee the exploding market instead of “if.”

However, Congress could help the market and protect investors by authorizing and encouraging the SEC and other appropriate Federal regulators to amend rules to assist ICO issuers in meeting their ICO requirements, added Rosenblum.

“There are already a number of registration requirements for securities issues that do not work well,” he said. “They are not geared towards ICOs and tokens.”

The current set of SEC regulations are a bit of a mish-mash, agreed Chris Bummer, a professor of law at Georgetown University Law Center. “Even in the security law space, the infrastructure on which many of these tokens are being traded are not entirely subject to the SEC’s oversight.”

Subcommittee members in attendance did not find the “tweak but do not add more oversight” a weak argument. 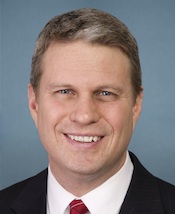 “Chairman Jay Clayton and Giancarlo have said, along with their counterparts from the Department of Treasury, The Federal Reserve, and others, that they may come to Congress in the coming months,” said subcommittee Chairman Bill Hulzenga (MI-R). “In the last nine or ten months, we’ve seen an explosion of it. This panel and this Congress will not be sitting idly by with a lack of protection for investors.”

Responding to questions from Rep. Randy Hultgren (IL-R), Coinbase’s Lempres acknowledged that his firm was subject to the New York State Department of Financial Services’ BitLicense cybersecurity requirements and not those contained in the Graham-Leech-Bliley Act or the SEC’s Regulation SCI.

“We are also working with the ‘Big Four’ accounting firms to develop an appropriate standard,” he added.

Coinbase is only one of four firms that have registered and received a BitLicense from the NYSDFS, which has proven to be beneficial for the firm as it encourages trust in the business.

“Since they are treating us like a financial institution, it sends a message to the market,” said Lempres. “There are hundreds and thousands of companies in our space, and only four have BitLicenses.”

However, Rep Ann Wagner (MO-R) noted that the establishment of such a regulatory framework in New York had chilled activity in the digital asset space, to which Lempres agreed.

Lempres went on to mention that Coinbase has 40 licenses in 38 states and is subject to 28 state exams.

Congress will take action on market oversight and regulation this term, or in the next one, Marc Butler, head of thought leadership at Intelligize told Markets Media.

“There is feeling by some that the needle has to move,” he said. “There is a framework out there, but also a lot of skepticism.”

Rep. Brad Sherman (CA-D), one of the most skeptical in the hearing, made his view succinct when he referred to cryptocurrency as a “crock,” while questioning its social benefits.

“It helps terrorists and criminals move money around the world,” he said. “It helps tax evaders and helps start-up companies commit fraud, take the money, and create a useful business 1% of the time. Then again, I would say that all larceny and crime help finance something that turns out to be useful.”