A new House bill, HR 5877, that would permit the establishment of venture exchanges received more than its fair share of the spotlight during a hearing held by the House Committee on Financial Services’ Subcommittee on Capital Markets, Securities, and Investment.

The bill is one of 11 measures the Subcommittee is considering incorporating into what Chairman Rep.Bill Huizenga, (MI-R) dubbed “JOBS Act 3.0 for the lack of a better working title.”

“The venture-exchange bill addresses an issue recognized by everyone who works with the markets,” testified Edward Knight, executive vice president and general counsel at Nasdaq.  “They are designed to help large companies trade their securities. They are not designed to help small companies do it.”

The legislation would allow smaller companies to elect to have all of their liquidity traded on a single venture exchange, which would provide deeper liquidity and greater trading efficiency, he added.

Also under the bill, the US Securities and Exchange Commission would have six months to determine whether the operators of a venture exchange have met the necessary qualifications to run such a venue, according to Knight.

“On our market, we would already be qualified,” he added. “The issue would be whether the company would choose that market structure optionality that would allow the aggregation of trading interest in one market. Right now, it is split among 50, which works well when trading Amazon, but it tends to drain liquidity away from the price discovery process.”

Rep Tom Emmer (MN-R), the sponsor of HR 5877, noted that its goal is to provide retail investors access wealth-creation opportunities that have been migrating more and more to the private markets. 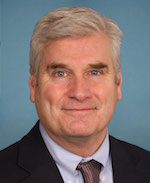 “It is addressing the fact that you have to be too big to play in this country today,” he said. “What used to distinguish us from every other country on the face of the planet was that any rank-and-file member of our society who wanted to participate in the marketplace to grow his or her wealth and help grow the wealth of this great nation. That has been restricted over the past several years.”

Ranking member Rep. Carolyn Maloney (NY-D) commented that she was not opposed to the concept of venture exchanges, but stressed that it was essential for the Subcommittee to get the detail right.

She questioned the soundness of a portion of the bill that would exempt venture exchanges from state securities laws, which has been done historically only for the largest and most mature companies trading on national exchanges.

“They may prove to be a more interesting, more novel, more creative alternative,” he said. “We do not know until we try. But we have seen under Regulation ATS that small companies can trade over-the-counter without preempting state blue-sky laws.”

However, Coffee warned that by the nature of a venture exchange’s thinly traded markets, it would invite pump-and-dump schemes and the SEC tends to focus on bigger issues and higher-profile cases.

“We need the states that are very familiar with some of these smaller companies and are better monitors for them,” he added. “As currently written, the SEC has to shut you down. You can start trading as a venture exchange until the SEC comes in and says that you must stop. That puts the SEC under undue pressure.”