HPR Does More With Less

If one trades US equities, there’s a good chance those trades have been vetted by HPR’s advanced risk management technology as, on average, 10% of daily volume passes through their ultra-low latency pre-trade risk and access gateway systems.

For the past seven years, the Boston-based company formerly known as Hyannis Port Research has been quietly refining both its technology and operations. Having doubled its revenue over the preceding 12 months and expanding its offerings, HPR believes it is set to move to the forefront of the Capital Markets Infrastructure (CMI) landscape. And if all goes according to their plans, you will soon see the company as the go-to provider for high-performance market infrastructure technology. 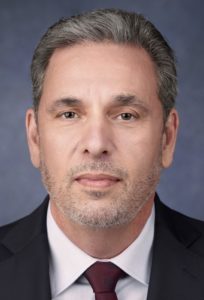 In 2018, the firm concluded the full global rollout of its platform, with HPR now active in over 80 markets (notably Australia, where it handles approximately 15% of the market’s equities flow). Soon, HPR also expects to broaden to additional asset classes, with futures and options in the pipeline. The significant market penetration of its Riskbot platform has allowed HPR to go on a substantial hiring spree, tripling its headcount since 2015 with this growth trajectory expected to continue for the next few years.

HPR’s roots are in high-performance hardware. Speaking to Traders Magazine, founder and CEO Tony Amicangioli brings extensive experience in the data communications industry, including stints with Juniper Networks and BBN Systems & Technologies, where he led development of routers, switches and one of the industry’s first voice/data multimedia access devices. Before starting HPR, Amicangioli was CTO and managing director at Tower Research’s Lime Brokerage subsidiary, leading the development of its direct market access technology. In between, he founded one of the first cloud-focused startups.

Amicangioli believes his unique, multi-disciplinary background has enabled HPR to innovate beyond the limitations of most technology companies. In his view, the firm’s potent mixture of telecom, cloud and capital markets microstructure capabilities means HPR has gone beyond evolving its products into an array of hardware and software applications and instead has developed a fundamentally new approach to the core enterprise stack.

The key, as Amicangioli sees it, is simplicity. Under his leadership, HPR created Unimus, a core platform that enables HPR to launch new applications efficiently and quickly by providing similar versatility and scalability employed by the big names in cloud computing. Key characteristics of Unimus include a highly-unified infrastructure shared by all HPR products and simplification through drastic reductions in the number of components and computer languages used.

“Unimus can support a user’s entire CMI stack,” explains Amicangioli, who considers the technology revolutionary. “It solves some of the biggest legacy issues in capital markets, which are largely the impediments to efficiencies and performance caused by aging in-house technologies that were never engineered to work in unison. Because Unimus is designed from the ground up, the reduction in the number of systems brings tremendous efficiencies, lowering costs while boosting reliability and speed.”

HPR’s recent release of Omnibot, a network switch that brings together electronic trading, risk and data applications in a single hardware device, demonstrates where this radical thinking is leading. By simplifying the links between networking, market microstructure and data center technology, the company sees itself as changing the dynamics of the financial industry’s technological arms race.

As Tabb Group Founder and Research Chairman Larry Tabb notes, this type of simplification is a major opportunity for firms across the Street.

“While speed in trading has always been a priority, the infrastructure needed and complexity associated with being at the cutting edge today is significant. The gains – both in terms of cost and latency – from simplifying the trading technology stack can be a major boost to market participants,” he said.

To Tabb’s point, many agree that it increasingly makes sense for sell side institutions to partner with specialists for products of this nature as the culmination of time-to-market pressures and the complexities of creating high-performance hardware technologies continue to mount. One example is UBS, which has offered HPR’s technology through its quantitative prime brokerage group for the past several years.

“Our HPR partnership has been a key tenant of our Quant Solutions client strategy,” said Todd Lopez, Head of Cash Equities Americas at UBS. “Initially offered as a US gateway for our most latency sensitive clients, expanding into Europe and Asia Pacific utilizing HPR’s services has helped us provide our clients with a consistent experience globally while maintaining our robust risk governance.”

Moving data at the speed of light is the heart of everything HPR does. Focusing on risk first was a strategic choice by the firm, but the company sees it as only the tip of the spear. When viewed through a different lens, the same kinds of data used in risk management form the basis of trade surveillance and also possess value as market data. So, it’s easy to understand the logic behind HPR’s planned rollouts of high-performance market data and trade surveillance products later this year. Additionally, Amicangioli notes that the firm is in an excellent position to productize the user dashboards they’ve developed for latency monitoring solutions.

“Really, it comes down to doing much more with a lot less,” says Amicangioli. “Everybody involved in trading – whether they’re a prime broker, hedge fund, clearing firm, whomever – wants to use their capital as efficiently as possible and get a handle on their risks in real-time. In today’s markets people require information at light speed to make well-informed, mission-critical decisions.”

“It’s an overwhelming challenge to modernize an enterprise stack, let alone turn it into a competitive advantage. With our Unimus platform and associated products, we help clients compete by putting their solutions on par with those offered by the most cutting-edge technology firms,” he says.

Market sentiment has caught up with HPR’s visionaries. As Instinet’s President Mark Govoni remarked at last year’s STA Market Structure Conference in Washington, “Historically, the sell side has had a build-at-all-costs mindset when it comes to technology. But that is changing, and I think you are starting to see banks partner with best-in-class technology providers.”

As HPR sees it, nobody is better positioned than them to take advantage of this shift in attitude.