To commemorate the 25th anniversary of the Hubble Space Telescope launch, the Intrepid Sea, Air and Space Museum is holding a special exhibition among other programs on the Hubble story and the topic of space exploration. The exhibition opens October 23 in the Space Shuttle Pavilion.

Launched on board the space Shuttle Discovery in 1990, the Hubble Space Telescope has been a game-changer for the field of astronomy. Its ability to beam back images of unprecedented detail revolutionized the way scientists looked at the universe and helped solve the great mysteries of astronomy that were mere conjectures and uncertainties before. Without the Hubble telescope, we would never know how old the universe is, or that something called “dark energy” exists and actually makes up more than half of our observable universe! 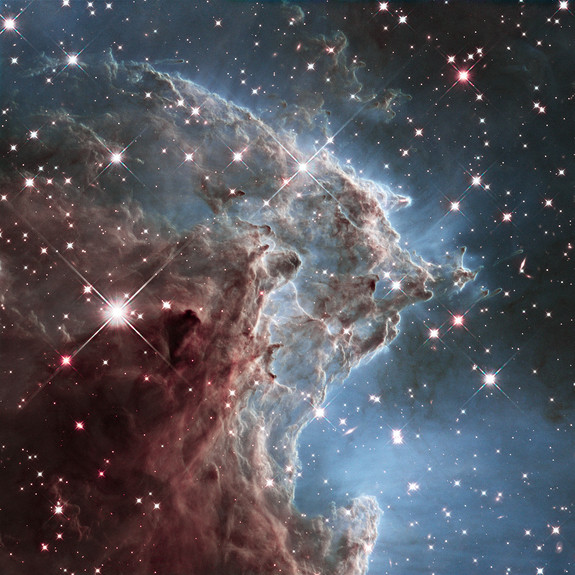 Image via NASA, ESA, and the Hubble Heritage Team

The Hubble@25 exhibition will display Hubble produced images, original artifacts, and stunning stellar photographs, creating fully immersive environments for visitors at the museum. Among the rarely seen artifacts are the actual tools used to repair the telescope and some unexpected ones, like the first Mets Home Plate to go into space. These exhibits will introduce the public to the history of the telescope and its unparalleled contributions to our understanding of the universe today. The exhibition is co-curated
by Eric Boehm, Curator of Aviation, and Michael J. Massimino, former NASA astronaut and Senior Advisor of the Space Programs at the Intrepid Museum.

The museum is also planning a series of public and educational programs that include panels with astronauts, scientists, and engineers who have been involved in the Hubble project. For more information on the exhibition and programs, visit Intrepid’s page on Hubble@25.