Sign up to receive exclusive articles on topics including: Select one or more newsletters you would like to receive:
Close popup
Home
Hedge Funds

Hedge funds cannot operate like they did in the 1990s with only a couple of employees with Bloomberg screens, said Emma Sugarman, head of investor relations at Hudson Executive, to a panel audience. 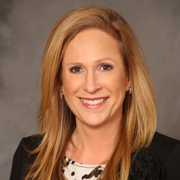 For Hudson Executive, which raised $400 million in the past few months, it meant hiring top people and working with top providers of hedge-fund administration, cybersecurity, and other functions.

“On average our people have 22 years of business experience in the business,” said Sugarman.

Notable among them is former U.S. Securities and Exchange Commission Chairman Mary Schapiro. “She could have joined any hedge fund,” said Sugarman. “She has been an incredible resource to us.”

Since the activist hedge fund’s investment strategy is to identify undervalued investment opportunities  in mid-cap companies where a meaningful margin of safety exists and then create value through strategic and operational opportunities using mergers, acquisitions, leveraged buyouts, and corporate sales, it has a lot of experience in selecting service providers.

“Don’t just look at firms you had worked with in a previous life,” she advised. “It’s important to choose providers that have the right expertise and strategies in which your firm is involved.”

When selecting its service providers, Hudson Executive not only asked for customer references, but references from customers who chose not to go with the service provider under consideration. “Surprisingly, they actually provided those,” said Sugarman. “We found that instructive in terms of finding out what other people in the industry decided to put in place.”