It ain’t over til it’s over.

That’s what Hall of Fame baseball catcher Yogi Berra has been quoted as saying – and the same can be said of the Investors Exchange (IEX). While some in the market are opining that the exchange which brought the modern market structure the speed bump is down and out after exiting the corporate listings , Brad Katsuyama and Co. are alive and well. 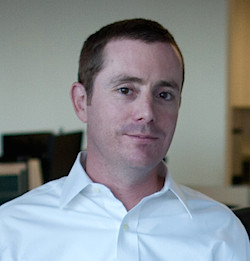 In a recent conversation with Traders Magazine’s editor John D’Antona Jr., IEX President Ronan Ryan said the exchange was continuing to focus on its core strengths- technology and trading. A sound strategy to be sure given the speed bump technology it brought to the marketplace three years ago has now been duplicated by several of its competitors. And if that can serve as a proxy for success, then there is more to come.

“We’re far from struggling,” Ryan told Traders Magazine. “We are 100 employees strong and enjoying our third year as a public exchange. What we’re focusing on now is our strengths and using technology to institutionalize fairness.“

And now that the listings business has been shuttered, Ryan said that the exchange is now looking at predictive analytics as the next frontier – and when coupled with its existing speed bump can further protect client orders from not only getting a stale quote “picked off” but help clients predict a market move and prevent a quote from ever becoming stale.

As Ryan explained it, the push into predictive analytics has yielded the Discretionary Peg (“D-Peg”) order type. In IEX, the D-Peg order type emulates HFT strategies and then adjusts the bid or offer automatically.

“The D-Peg runs similar to an HFT strategy in that it makes a determination when the market is going to tic,” Ryan said. “Then we can make the prediction and protect the client by keeping them pegged 1 MPV (minimum price variant) away from the bid or offer.” D-Peg seeks to trade at the midpoint during all other times.

For More on the D-Peg and trading at the midpoint, please click here

In essence, IEX either backs up a bid or raises and offering (bid the best or offers at the best in bond parlance). The technology observes the market and as bids reduce or disappear altogether, IEX prohibits a buyer from trading at a midpoint that will soon be stale. The order remains resting in the book, 1 MPV behind the bid. Ryan said IEX only places this functionality on a symbol for 2 milliseconds at a time per symbol, but the aggregate impact is profound: 95.8% of IEX’s midpoint volume in August executed while the quote was stable (defined as outside of the 2 millisecond window prior to an NBBO change), as compared to 55.7% and 60.0% on NASDAQ and NYSE respectively (source).

“We all know people are running these predictive strategies – but we are here to protect the resting order and clients on IEX,” Ryan said. “Quants and brokers are embedding this technology into their algos now to help offset thinning liquidity. Other exchanges might choose to pay a rebate – which to us is like making an apology for an inferior fill.”

To hear Ryan tell it, the firm is now “doubling down on technology and growth” as the D-Peg order is now in its 5th iteration and the sixth is set to come out of IEX market lab by the end of the year or early in the first quarter of 2020. All have been developed with machine learning.

The market data lab – a tapestry of engineers, quants, cryptographers and technologists – break down the market data feeds and break them down to examine the idiosyncrasies. They then bring in the brokers and get their feedback on how the technology works or can be improved.

“We are solving complex problems with data,” Ryan said.

Ryan said that IEX is now looking to not only protect the buy-side and its order flow but that of companies – and how they buyback their shares.

“There are very strict guidance on how companies can buy back their stock. They can’t cross the spread when buying,” Ryan explained, “and disclosure is required. This is where companies can be gamed.”

To meet this need, IEX has now introduced the C-Peg order type, which it has filed with the SEC just a few weeks ago for immediate effectiveness.

“Our sweet spot of using tech to institutionalize fairness for issuers was set even before we left listing business,” Ryan explained. “Brokers can use this C-Peg when using their buyback algorithms.”

The C-Peg uses the same predictive analytics as D-Peg to execute buyback orders at the midpoint as long as the midpoint is not above the last trade. Normally, this wasn’t easy to accomlpish as executing at the midpoint could be on an uptick in the stock. But with the C-Peg, brokers are better equipped to comply with Rule 10b-18 safe harbor, while allowing for more executions at the midpoint during a stable quote.

“We are expecting more midpoint executions,” Ryan said. “The brokers – whether they be agency or bulge, wanted us to build this and we’re excited to roll it out in Q4 2019.”

At the end of the day, clients, whether they are investment managers or corporations, don’t want an inferior fill at a stale price. We’re here to help put an end to that,” Ryan said.