If Facebook Can’t Get Its Data In Order, How Can Banks ?

At first glance, the world of social media and finance aren’t too similar. But as Zuckerberg’s address to the European Parliament in May showed, banking and Facebook currently “share” two sides of the same problem. 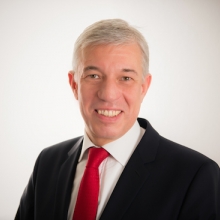 As we know to our personal cost, social media has a powerful distribution network, but numerous security flaws. In contrast, banks have water tight security, but have yet to find an efficient way of distributing their information. If social media can’t get things right, why should banks even embark on a journey of building their own capabilities.

Take MiFID II and PRIIPs as a case in point. These two regulations require the production of numerous documents that then constantly need to be collected and updated. The truth of the matter is that this is something the industry has not had a mechanism for. And it is not just about MiFID II and PRIIPs. An extensive list of other regulations has heightened the need for the industry to distribute data and documents which are becoming increasingly hard to get hold of. It is not difficult to see why. After all, data protection rules differ drastically from country to country, and all the major financial institutions operate globally. As such, there has never been a more pressing need for banks to start uploading and exchanging key information from one central place.

In a pre-regulatory fuelled era, this wouldn’t have been so much of a requirement for banking boardrooms. The trouble is there are now certain compliance tasks, fundamental to a bank’s day-to-day business, that can only be carried out through a more collaborative approach. Take the collection and circulation of regulatory data and documents. The development of financial products and subsequent distribution to investors are riddled with fiddly rules. As such, relatively straightforward tasks have now become overly complicated. For example, everyday activity such as an investor meeting with their financial advisor may now need to be reported back to local authorities.

Then there is the duplication conundrum – which is currently rife across the sector. The evolution of different regulations has left banks with a plethora of details scattered across all parts of the business. Inevitably, this has led to the risk of inconsistent information being used – which only tends to be noticed when the regulator comes knocking. How costly must it be for different departments across a bank reporting on the same financial product? Also, what about the end investor in all this? It could well be that they want to reach out to the manufacturer or distributor of their financial product to ask some questions. It’s very difficult for either to provide answers if they can’t get hold of the right data and documents.

The trials and tribulation of the Facebook case should provide food for thought to a financial industry still grappling with its own data problem ten years on from the crash. One significant difference is that there cannot be any “Fake Sources” in banking, unlike some recent Fake News events that social media has been dealing with. The logical way forward is for the industry to seek out a secure mutualised approach, through which market participants can bring the required data and documentation together. The era of ready-to-consume information in banking has very much arrived, so there should be nothing stopping everyone across the sector from “liking” and “subscribing” to it.