Valuation provider IHS Markit is delving into natural language processing to improve the content of its event catalogs across all of the vendor’s vertical offerings.

Its goal is to use the artificial intelligence discipline to take Web-based content in a multi-language setting, classify the events, and insert the results into IHS Markit’s data sets, explained Lance Uggla, CEO of IHS Markit, during the company’s first-quarter conference call. 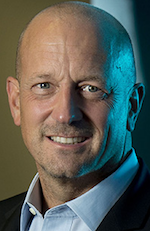 “Those data set are both in economic and country risk as well as our aerospace and defense Jane’s business,” he added. “We are looking to achieve operational synergies and also improve the amount of content that can be exported and inserted into our events catalogs.”

This project is the tip of the iceberg for the vendor, which has more than 20 AI-driven proofs-of-concept in the works. “Five or six of them are in pilots,” said Uggla.

The vendor has been investing heavily in the technology and named Yaacov Mutnikas the company’s first data scientist in 2017.

However, AI is far from a new technology for IHS Markit, which has been using machine learning for approximately a decade, noted Uggla.

Before adopting the technology, the company attained most of its cost efficiencies by locating operational processes to the best-cost locations, he said. “But ultimately, we found over the last ten years is that we could use machine learning.”

In the past decade, IHS Markit has either computerized repetitive operational processes or used computer augmentation to capture additional efficiencies.

The vendor also wants to take machine learning further up the food chain and leverage the technology’s built-in process of intelligence, according to Uggla. “That is something that we have spent a fair bit of time internally and through the merger,” he added.

Uggla also noted that the company currently plans to further develop its AI capabilities organically for the foreseeable future.

“We’ll continue to do a lot ourselves,” he said. “We haven’t considered or looked at any acquisition in that space, but Yaacov’s team is now built up to be a significant team with the firm. It is a part of the area in which we are investing.”

At the time of the announcement, Douglas Peterson, president and CEO of S&P Global, cited the startup’s machine learning capabilities and advanced algorithms as significant additions to S&P Global’s product portfolio.