Indian Food with a Modern Twist 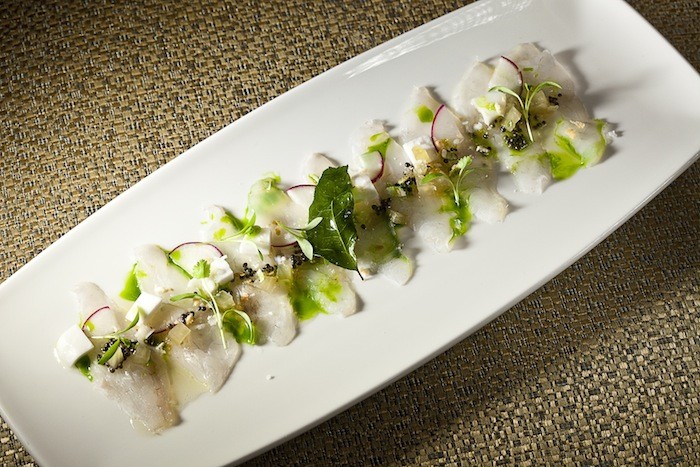 The restaurant is decorated using the same principle, a combination of old Indian decor with modern elegance. Deep earthy colors, stones, and hand carved arches add to the beauty of the establishment. The chic Patiala Lounge is equipped with canopied and Indian-style swings, cushioned benches and a full bar with romantic lighting. While the dining room, private event space and lounge all relate to the timeless charm of the restaurant, it is what’s located downstairs behind a large window that’s most enticing. The Spice Room – a place where the chefs can test out different spice blends- is filled floor-to-ceiling with spices imported from India. Customers can go down for a tour of the room if they are unfamiliar with Indian food, or if they just want to take in the heavenly aromas filling the air. Chef de Cuisine Adin Langille says that it was the smell of The Spice Room that got him into Indian food. 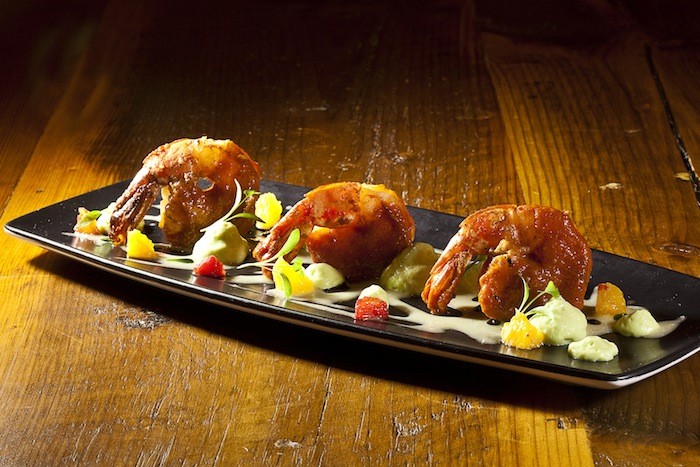 Adin explains how it was not only The Spice Room that attracted him to Indian cuisine, but that it was something that took him out of his element. “When I came in and saw the Indian flavors, sauces and spices, I was excited to experience a whole new culture and cuisine that I knew nothing about.” Being out of his element meant learning new techniques that were completely different from French cuisine “down to how you cut an onion or cook the garlic.” In order to learn the new style of cooking, Adin had to forget almost everything he was taught in French fine dining, and relearn how to cook in the Indian style. “I’m in a comfortable position yet I’m still learning,” Adin says, after spending a few years at the restaurant, “but I have a good grasp on the basics of Indian cooking, and I can combine it with French fine dining while still keeping traditional flavors.” 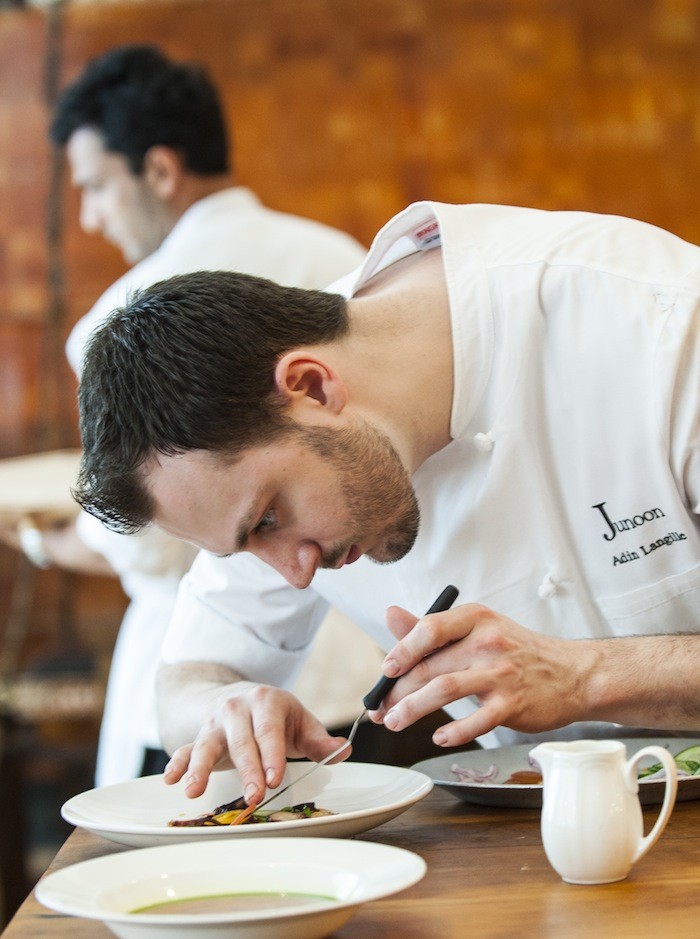 One of Adin’s first creations at Junoon utilizing techniques from other cuisines was the Saag Paneer, which is usually mashed and very delicious, while at the same time is not very pleasing to the eye. Adin gave the dish a fine dining spin by quinelling dough similarly to the Italian gnocchi with paneer cheese instead of ricotta, and poaching it. He then makes a spinach puree and tops it off with Omani lemon crisps. With his new take on Saag Paneer being aesthetically pleasing, Adin jokes that traditional Indian food experts are confused by the dish, until they taste it and exclaim “this is Saag Paneer!” 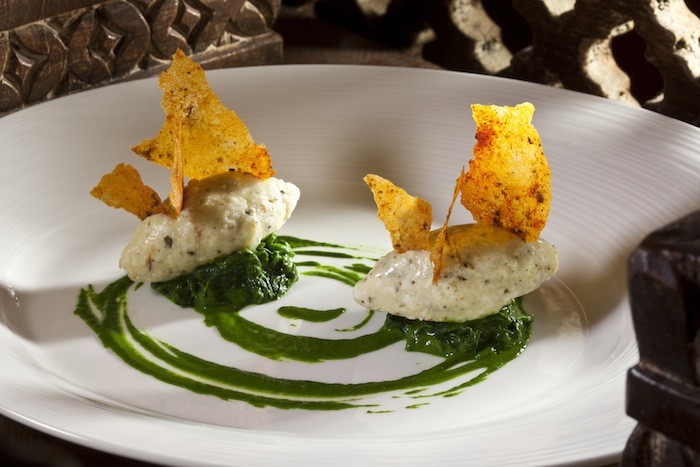 Adin heads his kitchen with two philosophies; “no chef is as good as his team, and I don’t train cooks, I train chefs.” Everything in his kitchen is done through teamwork, with good communication and an upbeat environment. “I bring in young, aspiring chefs and train them, and really try to have people grow within the company,” Adin explains. If the philosophy of the Chef de Cuisine is any indication on the quality of the restaurant, Junoon is top-notch.