Once the realm of bitcoin and subsequent cryptocurrencies, distributed ledger technologies are enabling new markets for hedge funds and asset managers. 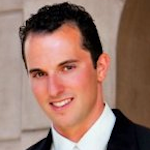 Digitalized assets have passed the proof-of-concept stage with large financial firms, Igor Telyatnikov, president and COO, at blockchain vendor AlphaPoint, told Markets Media. “However, there are some firms still at the proof-of-technology stage.”

The UK’s 1,000-year-old Royal Mint most likely has the highest profile digitalized asset; the Royal Mint Gold token is a physically backed contract for 1-gram of gold, which is held by the mint.

The Royal Mint partnered with the CME Group in 2016 to develop the RMG and worked with AlphaPoint and other technology vendors to create the necessary infrastructure to support the digital asset.

Other assets ripe for digitalization are illiquid assets that never had to be “managed” previously, according to Telyatnikov.

High-valued assets, such as real estate or art, are good candidates for digitalization, he noted. “Imagine digitalizing ownership of a Picasso and then selling 20% of those tokens to raise capital.”

One unnamed Boston-based private equity firm plans to digitalize its real estate holdings while a similarly unnamed investment company is using distributed ledgers to create a sidecar investment vehicle, which allows clients to invest alongside the firm’s main investment fund, according to Telyatnikov.

Telyatnikov expects that many firms will be active in the digital asset space by 2019.

“The situation is at a tipping point,” he said. “Asset managers and hedge funds want to help their clients access these new asset classes.”