Sign up to receive exclusive articles on topics including: Select one or more newsletters you would like to receive:
Close popup
Home
Buy Side

Beware the Ides of March.

Investors were keenly aware that exposure to exchange-traded funds might hurt them amid increased volatility and subsequently pulled cash out of them last month. The heightened volatility during the first quarter marked the worst quarterly return for global equities since Q3 2015. And according to the latest ETF report from State Street Global Advisors, ETF investors continued to trim their equity exposure, as the ETF industry experienced a second consecutive month of outflows ($-1.7 billion) in March. Within equities, financials experience the largest single amount of outflows – $1.7 billion – as the federal Reserve raised interest rates.

This marks the first time since February 2008 that US listed ETFs had back-to-back months of outflows (outflows in February 2018 totaled $10B).

However, despite posting outflows in two of the first three months of 2018, the ETF industry is still off to its second best start to a year on record thanks to January’s record-setting $76 billion of inflows, SSGA’s Matthew Bartolini, Head of SPDR Americas Research told Traders Magazine. Aside from equities, fixed income ETFs continued to enjoy healthy gains by garnering a fresh $5.3 billion in flows during March. 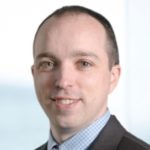 “It might seem doom and gloom that two of the three months in 2018 have seen outflows, but would you believe that even so this is still the second-best start to a year on record,” Bartolini said. “January’s record-setting inflows of $76 billion mean that the industry has still seen $66 billion of inflows this year, bested only by 2017’s $134 billion first quarter haul.”

Overall, SSGA reported flow patterns in March were similar to those seen in February. Outflows were again driven by equities, as the S&P 500 has posted its worst trailing two-month performance since August-September 2015. Fixed-income funds again saw inflows on a monthly basis, though last month’s haul of $5 billion was again significantly lower than the segment’s $9 billion monthly average over the past two years.

While there were outflows in equities overall, they were largely focused on US exposures as the international rotation continued, Bartolini continued.

“The flow patterns, however, indicate a preference for dialing down risk within the international bucket. Diversified broad-based funds were preferred over targeted region or single country exposures,” he said. “Flows to developed international funds rose 63% month on month to $6.8 billion, overtaking US equity funds for the leadership position in geographical flows year-to-date. Emerging markets continued to see strong inflows, taking in an additional $1.2 billion in March.”

“Back in April of 2016, it was disappointing results from tech titan Apple that dragged the entire sector down. This time the plunge in prices is likely headline driven, fueling profit taking after the sector has risen by almost 40% in the past 15 months,” Bartolini said.

On the fixed income front, after slowing last month the sector again saw less than stellar inflows, taking in $5 billion. Rate sensitive sectors such as Treasuries, Aggregate, MBS, and Inflation Protected took in net inflows of $4.6 billion, accounting for 86% of total fixed income flows, as investors continued to temper the balance of equity risk in portfolios as volatility remained elevated.

Meanwhile, credit sensitive sectors (High Yield, IG Corporate, Bank Loans, and EM debt) had only $500 million of inflows. As Bartolini noted, high yield is the most embattled credit sensitive sector, posting its fifth consecutive month of outflows, the longest such streak on record. Sentiment, he said, as measured by percentage shares outstanding that are sold short, is decidedly negative.

“In March, 18% of all high yield ETF shares outstanding were sold short, a record high,” Bartolini said. “The outflows and short positioning feel a bit overdone considering where yield levels are today for broad-based high yield. A 6% yield may entice investors back into the space, considering that economic growth remains supportive of risk assets. Supporting this projection is the slowing pace of outflows in high yield; the $399 million of outflows is 25% less than the prior four-month average. I wouldn’t be surprised to see high yield post inflows in April.”

Not to leave President Trump out of this report, precious metals, led by gold-backed ETFs brought in $942 million in the month, driven by headline risk from a slew of staffing changes in the Trump administration, simmering trade tensions and confusion following the FOMC meeting.