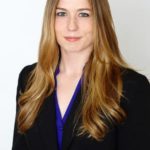 Conlin, 31, was involved with getting BlackRock trading more electronically in her eight years at the firm, Bloomberg reported.

The hire would be a coup for Tradeweb, as Conlin had ascended to a senior role at BlackRock at a young age and often represented the largest buy-side firm at industry conferences. Earlier this month, she spoke on a panel about the future of trading at the WBR Fixed Income Leaders Summit in Boston.

Tradeweb spokesperson Kate Hodge declined to comment on the report of Conlin’s hire. As of Tuesday morning, Conlin’s LinkedIn profile was generically headlined “Fixed Income” and referenced a June 2018 end date at BlackRock.