There is some good news for cryptocurrency investors in the Middle East.

The deputy director-general of the Israel Tax Authority just announced that the regulator, which has been very carefully watching developments and trading in the nascent crypto market might cut the tax it charges on trading profits by 50%. According to the regulator, it will not insist on calculating FIFO in the taxation of crypto. 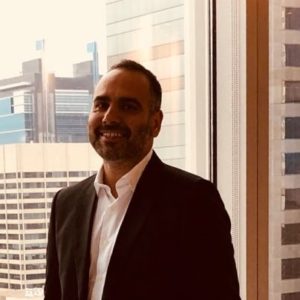 “This is another step in advancing crypto regulation in Israel,” said Jeremy Dahan, Co-Founder of Hello Diamonds Blockchain.

This is good news for investors in cryptocurrencies emerging from Israel—a reduced tax payment on profits. To date, most tax consultants have viewed Bitcoin and other digital currencies as indistinguishable currencies, so the tax calculation was based on the FIFO model—short for first-in, first-out, meaning that the coin sold is the first currency to be bought.

The deputy director-general of the Israel Tax Authority, CPA Roland Am-Shalem, clarified that the exact tax calculation, which relates to the profit explicitly accrued for each cryptocurrency, is acceptable to the Tax Authority.

Am-Shalem was asked whether the tax can be reported in a non-FIFO method, assuming that the cryptocurrencies can be identified. He replied: “Yes, we will not insist on FIFO, subject to the fact that you can identify the currencies and be consistent with yourself.”

“The significance of the announcement is that the assessments are much lower than in the FIFO method, so even those who submitted reports according to this method will be able to submit revised reports that may reduce the assessment,” Dahan said. His firm offers diamonds-backed stable coin on Blockchain.

“The declaration has an impact not only on Israel but also marks a milestone for the way the tax authorities look at the Crypto industry. Such a step would save tens of millions of dollars on the one hand and, on the other hand, increase the profit of hundreds of millions of dollars in the country,” he continued. “New technological means allow extracting information from Blockchain directly. Thus, you can track the date of purchase of each currency specifically and make the exact tax calculation according to when each currency was bought and sold. In this way, the exact profit can be calculated rather than using profit estimation methods such as FIFO.”