In a decision that is likely to garner interest from global regulators, The Supreme Court of Israel has ruled in favor of a digital currency exchange.

In an unprecedented move, The Supreme Court of Israel intervened in a decision by an Israeli bank and ruled that it cannot extensively block the activity of a crypto stock exchange. It noted that the bank’s fears and attitudes toward the crypto industry were “unfounded speculations.”

After reviewing a petition filed by Bits of Gold, the crypto stock exchange, against the third largest bank in Israel, Bank Leumi, the Supreme Court of Israel ruled that the crypto exchange should not be banned sweepingly and that each request would be examined on an individual basis.

Supreme Court Justice Anat Baron stated that she accepted the request for appeal and ordered a temporary injunction pending a final decision. Judge Anat Baron said, “It seems that the damages that may be caused to the bank, as long as the request is accepted, are speculative at this time.”

“The Bank’s decision is based on the assumption that the company’s activity does indeed entail risks that arise in violation of the provisions of the law, and therefore the bank is liable to pay the price for the materialization of those risks,” Baron added. 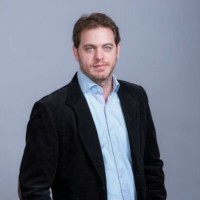 Ophir Gertner, co founder of Stox (raised 33M in 34 hours), and leading entrepreneur in blockchain space said: “The decision is vital to the entire crypto industry, and is a significant advance in the regulation of digital currency trading. I see the judge’s statement as an expression that the industry can no longer be ignored. I hope this is an opening for a thorough discussion of the various issues without fear.”

Bank Leumi said that: “The bank respects the court’s decision, but as long as no binding legal provisions are determined by the regulator and the relevant parties, the Bank will continue to manage the case until the temporary injunction is removed.”