Integrating companies that have a total of 48 years of history in the financial market space brings challenges. But for Itiviti and Ullink, the process is to build a firm foundation and work out from there, according to the management of the new organization. 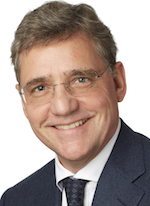 “Part of our integration activities is doing a bit of research and gauging the strength of the two brands and adding data points into the discussion,” said Torben Munch, CEO of the combined entity. “People tend to rush into these decisions in mergers for whatever reason. I think we want to tie the decisions on brands to data points and the value of the brands.”

The new organization is beginning from a standing start since regulations prevented the two companies from collaborating before the deal closed, Munch told Markets Media.

Munch has laid out a 100-day plan to develop a standard operating model across the firm and make sure everyone is on the same page.

During this period, the new organization also will evaluate its interim IT structure as well as integrating its product portfolios.

At the same time, Munch has a 5-year plan to cross-fertilize the two organization through cross-selling products and services.

“We are very complimentary in the trading space, which includes high-touch, low-tech, and principal-risk trading, and there is a little overlap,” he said. “There’s some overlap in connectivity, which is the third largest business line for the combined company.”

Munch noted that he already had seen sales cases, in which a product from the other organization met the requirements the first organization could not fulfill previously.

“For instance, at Itiviti we built systematic internalization tools,” he explained.  “Those can be integrated as part of a Ullink offering. We also built a range of reporting tools that have drop-copy functionality, which Ullink can easily support. So in that sense, I expect us to have a really good and strong start by simply just integrating our products as they stand today via those open API that both companies have.”

From an operations perspective, Munch also aims to combine the new company’s 23 global offices into 16.

“Of course consolidating offices is an easy way to achieve cost savings by having fewer physical offices,” he said. “It also is very good for integration to have people move in and start working together.”

While rationalizing its current office locations, the organization also is in the midst of opening an office in Frankfurt, where neither Itiviti nor Ullink previously had a presence.