In a 37-year career that stretched from Salomon Brothers to industry consulting, James Leman helped set one of the cornerstones for modern electronic trading and touched the lives of many with whom he worked. He passed unexpectedly on September 6 at age 72, according to friends and former colleagues.

Leman is best known for his contribution to the development of the Financial Information eXchange (FIX) messaging protocol, now a trading industry standard.

“Jim never made any claims about what he had done,” said Kevin Bourne, a managing director at LCE Risk and worked with Leman at Salomon Brothers and Citi. “He was incredibly humble.” 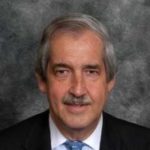 “A few of us in the room understood what this meant for Wall Street,” said Morstatt, now retired. “But convincing everyone else that you did not need to talk on the phone — that you could trust a computer, trust things would not fall apart, and trust that the messages would go back and forth — took quite a few years.”

“He truly was a visionary when it came to buy-side-to-sell-side communications, and he worked on that for years,” added David Weisberger, co-founder and CEO of CoinRoutes and a former co-worker of Leman. “He was one of the most effective at bringing that into the mainstream.”

A significant part of Leman’s success was his patience and affable demeanor, according to those who knew him well.

He was a rare individual who could explain complicated things to people and make it understandable, noted Weisberger.

“I don’t think people realize the amount of time and effort he took to make sure people understood what they were doing,” said Morstatt. “He taught them and had the patience to explain things three or for times until you under you really understood it, which is rare on Wall Street.”

“He was easy to work with, and you always knew what he wanted and what he thought,” said Morstatt. “He could get mad. But when things hit the fan and everyone would turn to him, Jim would take a deep breath and say what we were going to do and how we were going to fix it.”

Without his experience working with Leman, he doubted that he would have had the great career in finance that he had, Morstatt added.

Leman is survived by his wife Barbara, son Christopher, and daughter Melissa.