More Than Just a Trendy Bottle

White Pike Whiskey is the product of the creative agency Mother NY and the family-run upstate NY distillery Finger Lakes Distilling. With both parents focusing on what they do best, the end result is a tincture that is handled with endless attention, creative branding and an excellent stand-alone taste. 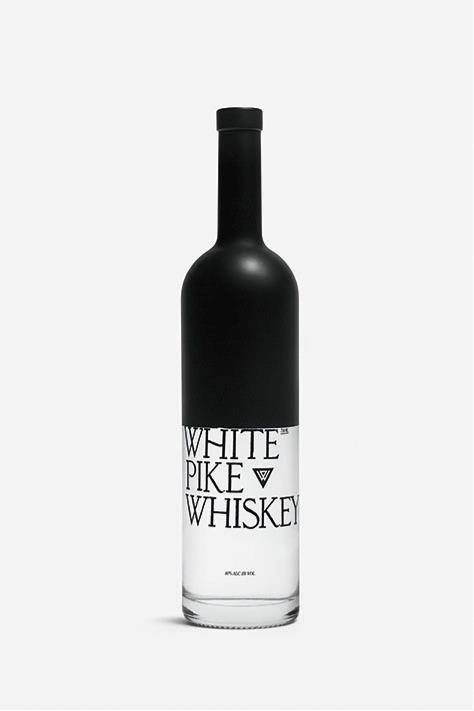 The master distiller at Finger Lakes Distilling has a long history in the spirit business. Being around distilling his whole life, as well as being a previous consulter for wineries and distilleries, his experience manifests throughout the distillation process. White Pike Whiskey is made of 59% local corn, 29% spelt and 13% malted wheat. First, the whole grains run through the mill house, where it spends 3-5 days in fermentation. Sweet mash runs through the custom built Vendome continuous Still, then runs through a second time in the Holstein Pot Still. Brand Manager Steven Ljubicic explains that the whiskey is only aged in an oak barrel for 18 minutes because the distillers don’t want to “torture” the distillate, or as the website says “not a single ounce of White Pike Whiskey has ever spent more than 18 minutes in prison.” Being only 18 minutes old is the reasoning for the break from the traditional amber color. The sweetness of the corn and creamy, bready quality of the spelt contribute to the unique whiskey taste. 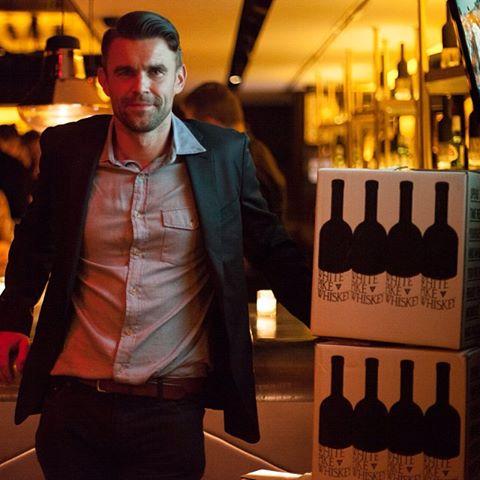 White Pike Whiskey goes well with a variety of different mixers. The website features variations on classic cocktails that are simple and fresh. Steven’s favorite cocktail is the Bloody Mary, paired with McClure’s mix. He feels that White Pike Whiskey drinkers should know that they are free to do what they want with their drink, since the whiskey is so versatile. 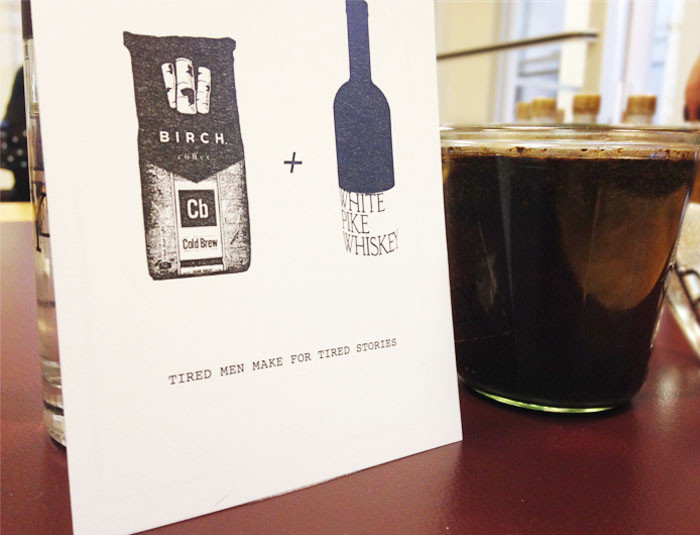 Another way to enjoy their whiskey is by pairing it with locally roasted Birch Coffee to create their Piked Joseph. We were sent a sample of this creative collaboration, and were surprised by how well the two go together. “Can you tell that we’re all about unexpected pairings?,” Steven quips. You simply add the Birch Coffee grinds to a jar, and top off the jar with the whiskey. After the mixture is refrigerated for 24 hours, strain the grinds from the whiskey and enjoy your new favorite cocktail. The taste is similar to a spiked double espresso. Simply put, this mixture will wake you right up. Take a look at our instagram @marketsmedia_life for pictures of the process.

Steven was introduced to Birch Coffee by bartender Tyler Drinkwater, who is creating a cocktail combining Birch Coffee and White Pike Whiskey titled “The City That Never Sleeps” at Harlow NYC.

Despite it’s youth and trendy packaging, White Pike has received excellent feedback from aged whiskey drinkers, and new customers alike. Although the spirit doesn’t take on the traditional whiskey look, it’s non-conformity is what makes White Pike Whiskey so attractive. Winning numerous awards and accolades, White Pike  has proven themselves as a new craft spirit loved by the masses. As white whiskey becomes more mainstream, White Pike’s creative branding and superior taste separates itself from the rest.