Kate Brosnahan Spade, the fashion designer and businesswoman, hanged herself in an apparent suicide Tuesday at a Park Ave New York City apartment.

A suicide note was found, a NYPD source said, adding that the call came in at 10:30 a.m. Spade was found hanged from a red scarf by her housekeeper, the second source said. She was 55 years old. According to the Associated Press, the note had a message for Spade’s 13-year-old daughter, who was at school at the time — it wasn’t her fault. Spade’s longtime husband Andy was in the house, the AP said. 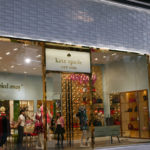 Spade – who once edited fashion magazine Mademoiselle – was well known as a designer of clothes, shoes, and jewelry, but was best known for her accessory line.

She co-founded Kate Spade Handbags in 1993 with her husband Andy Spade (David Spade’s Brother). The company – whose aim was to design the perfect handbag – opened its first store in New York in 1996, and now has more than 300 branches worldwide.

It is recognizable for its distinctive logo which features the spades playing card symbol, in reference to the designer’s surname.

In 2007, Spade sold her brand last year to rival Coach in a deal worth $2.4bn. Following the sale, her and husband Andy co-created Francis Valentine, another design venture named after Spade’s 13 year old daughter. 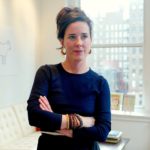 “The former fashion editor told the New York Times she was looking for function, sophistication and “some style” when she launched her line of handbags in 1993, uninspired by other purses of the era.”

On the heels of a star studded awards ceremony just last night, The Council of Fashion Designers of America, posted a statement from Diane von Furstenberg and Steven Kolb saying they were devastated to hear of Spade’s death.

“She was a great talent who had an immeasurable impact on American fashion and the way the world viewed American accessories,” the statement said.

In speaking to NPR of how they began this handbag empire, “So, Andy and I were out, honestly, at a Mexican restaurant,” Kate Spade said, “and he just said, what about handbags? And I said, honey, you just don’t start a handbag company. And he said, why not? How hard can it be? (Laughter) I thought, OK, really? He regrets those words.”