New York-based high-frequency trading firm Virtu has proposed to acquire all the outstanding shares of KCG’s common stock for $18.50-$20.00 per share in cash, valuing the company at as much as $1.33 billion. And while the deal looks large, it is really about little things – the mom-and-pop trading orders for securities – that on their own seem insignificant – but when grouped into wholesale lots by firms’ like KCG translate into big business.

David Polen, global head of electronic execution at Fidessa, said that the potential acquisition appears to be a grab by the HFT firm for retail order flow, which wholesaler KCG has a solid foot in. 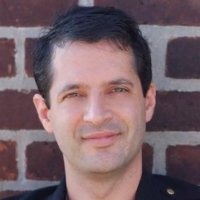 “This will be particularly important in Europe with MiFID II,” Polen said. “Virtu is a dominant quoter on MTFs (multi-lateral trading facilities). They must be looking at bringing this in-house under the new MiFID II regime. Mixing in the KCG retail flow would make their SI offering very intriguing and leapfrog them in front of long-standing MTFs and exchanges.”

Spokespeople for Virtu and KCG declined to comment for this story. But a KCG spokesperson did confirm the bid via press release and pointed to it for any information. The quietly issued press release declared that the firm had received an unsolicited proposal from Virtu.

The release added that KCG’s Board of Directors is reviewing, in consultation with its financial and legal advisors, Virtu’s proposal in the context of KCG’s strategic plans to create shareholder value.

Credit Suisse in its latest trading research noted that profits for market makers, such as Virtu, have slumped in recent years and one trader at a regional broker thought this was the driver for an acquisition. Virtu, could by acquiring KCG and its valuable retail order flow, boost profitability and help it grow.

“Market making is not as profitable as it once was,” said the regional trader. “So, in order to boost profits and tap into some of that rich retail order flow Virtu decides to make a play for KCG. And KCG’s star has been on the rise – making technology and people investments.”

“We note that apart from the revenue pressures that have resulted from the persistently low volatility backdrop, VIRT in our view has a structural growth problem given its low risk market making model can only function in efficient mature market structures such as cash equities and futures–-by definition these markets have low to no structural growth,” Credit Suisse wrote. “The scale and expense synergies that would result from a KCG deal could drive meaningful earnings growth (at least on paper)–indeed our first blush analysis suggests a meaningful 20%+ earnings accretion. That said, we are cognizant that these deals carry significant execution risk, especially in light of the poor earnings visibility of market making businesses.”

And revenue pressure for Virtu and other market makers remains as intense as ever. According to Tabb Group data, U.S. stock-market makers generated just over $1 billion of revenue in 2016, compared to  $7.2 billion in 2009.

Credit Suisse analysts also agreed with Fidessa’s Polen, pointing out that Virtu gets access to KCG’s retail flow, something the HFT firm said it was interested in during a conference call back in 2015.

“Recall on the fourth quarter 2015 earnings call Virtu management expressed interest in accessing retail flow, but noted it lacked the necessary infrastructure” Credit Suisse wrote. “We also note that KCG’s agency business adds some revenue diversification to VIRT. Lastly, the deal should yield expense synergies through rationalization/consolidation of technology, back office and clearing infrastructures as well as lowering access/connectivity fees to exchanges and other trading venues.”

EverCore ISI analysts felt money, in any form including retail order flow, was a motivator in this union. They noted that volatility, particularly realized volatility, has been exceptionally low. “So far this year realized volatility has been trending at or near historic lows across nearly all of Virtu’s major asset classes – thus curbing trading opportunities and limiting profits.”

Allan Goldstein, Chief Operating Officer at Trade Informatics told Traders Magazine that the news of Virtu’s interest did not surprise him at all and has broader implications than just retail order flow.

“It makes a lot of sense. Low volatility hurts Virtu’s ability to profit from its trading activities and firms in this space have been exploring the agency trading and wholesaling space recently,” Goldstein echoed. “All sectors of trading, including retail and institutional agency execution, are hoping to exploit artificial intelligence and machine learning for alpha capture.”

He added that HFTs and market makers have been ahead of the curve using these advances in trading technology to their benefit for a while now. Boosted by the legacy of its merger with Getco, KCG, he said, has emerged as a leader in the low latency trading technology space for its market making business and has also engaged in a strategy to capture more institutional agency business.

KCG was formed when high-frequency trader Getco merged with Knight after the latter saw one of its algorithms ‘went rogue’ and cost the firm almost $450 million in less than an hour.

(This is a corrected story. Previous version erroneously attributed the first quote.)