If you haven’t seen Les Contes d’Hoffmann (The Tales of Hoffmann) yet at The Metropolitan Opera, here’s your chance to see it with a brand new cast this Saturday, February 28. Replacing Yves Abel as conductor is Met Music Director James Levine, who has led Offenbach’s libretto 21 times with the company now. The French opera is sung in its original language but fret not as there will be with subtitles in English, Spanish, and German. 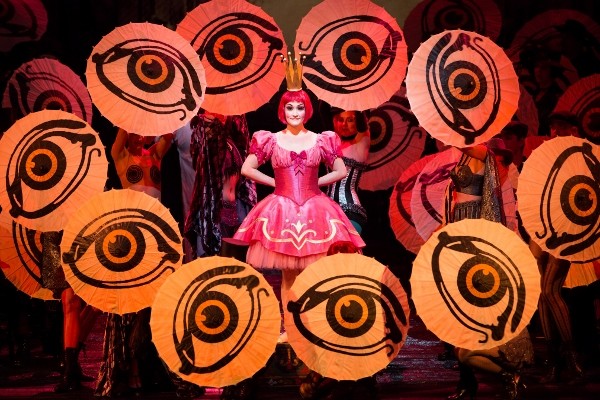 The new tenor in the lead, Matthew Polenzani, has sung Hoffmann with the San Francisco Opera and Chicago’s Lyric Opera. This will be his first Met performance of the role, adding to the 32 different ones he’s sung in over 300 performances with the company. Polenzani stars as the tortured poet who recounts for his audience his unlucky tales of love, and he’s joined by his three heroines: Susanna Phillips in the double roles of Antonia and Hoffman’s present love Stella; Audrey Luna as Olympia the mechanical doll turned human; and Russian mezzo-soprano Elena Maximova as the beguiling Giulietta. 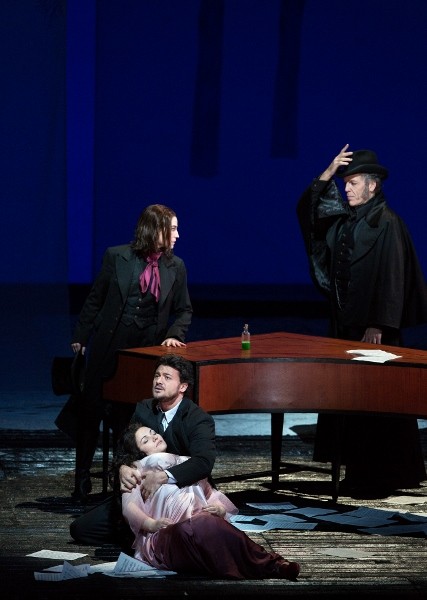 Offenbach’s opera is based on the fantastic stories of German author E.T.A. Hoffmann–hence the title–whose The Nutcracker and the Mouse King was also famously adapted for stage. Playing the protagonist’s muse disguised as his best friend Nicklausse is Karine Deshayes, who’s performed at numerous French opera houses, including this exact role at Théâtre du Capitole in Toulouse.  French bass-baritone Laurent Naouri is also making his first Met appearance as all four of the villains, a role that’s traditionally combined and one he’s sung at operas around the world. On Saturday night, the audience will get to see Offenbach’s timeless score and Hoffmann’s romantic tales performed by a cast that’ll bring renewed energy and fresh voices to the Met, under the brilliant direction of maestro Levine.

Les Contes d’Hoffmann will run for six nights, with the final performance taking place on March 21. The schedule and tickets are available at http://metopera.org/opera/les-contes-d’hoffmann-offenbach-tickets. The Metropolitan Opera is located at 30 Lincoln Center Plaza, Lincoln Center for the Performing Arts.