LIBOR 2021: Can Banks Avoid Getting Lost in Transition?

With less than two years until support for LIBOR ends, Dr Christian Bahr of SIX unravels the problems awaiting financial institutions who fail to act now.

Anyone remember a time when the London Interbank Offer Rate (LIBOR) was a little-known acronym outside banking? Ever since the manipulation of the interbank lending rate was widely discussed in public back in 2012, there has been constant deliberation and debate over LIBOR’s future. Over six years on and multiple fines later, it is fair to say that very few market participants would have expected LIBOR to be scrapped completely. 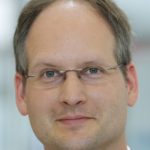 The stark reality is that banks can no longer work with each other to devise a market consensus rate. Instead, rates must now be based on transactions. In less than two years, banks have to implement fall-back solutions or switch the variable rate on existing LIBOR based derivative contracts over to new Alternative Reference Rates (ARR). But unlike LIBOR which was locked in over a three- or six-month period, these new rates have a much shorter timeframe. The Bank of England has enforced the Sterling Overnight Index Average, known as SONIA, which is published every morning for the previous day. Whereas the Swiss equivalent, SARON (Swiss Average Rate Over Night provided by SIX since 2009), is an overnight rate that needs to be paid overnight for the next day. This is a huge change as there are currently trillions of pounds and francs still tied to the LIBOR rate.

The problem is, with very few institutions accounting for new rates coming in, concrete preparations have yet to be made. And it is not just traders affected. From the middle office risk and compliance managers, right the way through the IT and operations staff in the back office, this transition hits all parts of a bank. As such, there are multiple dimensions to the challenges facing this monumental operational shift away from LIBOR.

To start with, banks need to figure out which derivative contracts they want to migrate over. While certain contracts with minimal exposure won’t be affected, the ones with big exposures will need to have some form of safety net built into them. With multiple counterparties likely to be involved in a big transaction, banks face a number of difficult conversations about switching derivative contracts from one rate to another. There could well be significant changes in the payments depending on how the contract is structured. After all, because of the overnight nature of the likes of SONIA and SARON, even just a small change makes a big difference. As a case in point, a 0.1 basis point move can potentially lead to a change of a few million in payments to expect, or to deliver.

However, at least banks can start switching their LIBOR linked derivatives to the likes of SONIA and SARON today. Perhaps the biggest hurdle to overcome is the fact that the transition will not take place for all currencies at the same time. Take the euro. The European Central Bank just recently announced that new rate Eurozone Short Term Rate known as ESTER will be provided by October 2019. So, while sterling and the swiss franc have already started trading on their alternative rates, the euro has a pre-ESTER only. This not only presents an issue for banks, but also corporates with heavy exposure to the single currency. Until ESTER comes into play, firms can’t fully assess the exposure or switch rates.

Time is very much of the essence here. LIBOR linked derivatives need to be mitigated or transitioned over to the new alternative reference rates by 2021. This begs the question, if some banks aren’t already getting their SONIA and SARON houses in order, aren’t they just storing up more work to do once ESTER comes in next year? This is why banks need to ramp up their efforts now, to avoid a mountain of work to do once the ESTER rate comes in next year. From closer collaboration with working groups, to more sophisticated trading analytics to work out the necessary calculations, only banks who have all the required benchmark information will be in a position to manage a smooth transition to a post-Libor era.