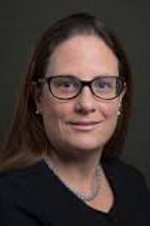 The startup also plans to support trading in off-the-run EGB instruments by the end of 2019, which will begin with the most liquid sovereign debt from Germany, France, and the U.K.

“I’m classifying them under one bucket as ‘European government bonds’ but will start with the most liquid and active, which most likely is Germany and France,” she said.

LiquidityEdge launched trading in off-the-run Treasuries last year on its venue, which relies on streaming actionable quotes rather than request-for-quote or auction models.

In a legacy RFQ process, all of the liquidity providers that did not have their quotes lifted still know about the trade, according to Hunter.

“However, in the LiquidityEdge model, only the counterparties to the trade know about the trade,” she added. “We are a venue that does not publish market data to a public tape.”

When trading, platform users see an aggregated order book with actionable streaming prices for up to the third to fifth most recent off-the-runs from liquidity providers Barclays, Credit Suisse, and a non-disclose global bank.

“The reality is that they have a tough time in generating prices due to the lack of market data,” explained Hunter. “Also, in the case of hedging capabilities and repo services, it probably is a long time off before professional trading groups can trade the off-the-runs.”