Pryor House, a 3,200 square-foot home on a hill in Montauk, is more than just a house, however simple its elegantly discreet façade may seem. With glass doors and panels configured to slide in and out of walls, Pryor House can transform itself, opening fully to act as a conduit for the sun, wind, and ocean-tinged air, becoming one with its surrounding area rather than merely an occupant. From this unity, the resulting aesthetic effect is one unlike that of most other houses in the Hamptons (or anywhere else, for that matter): while the house itself is singularly stunning, its ability to let nature manifest its greater beauty throughout its whole creates a unique atmosphere of self-possessed peace. This may sound over the top, but it really is what a Bates Masi house is about: timelessly facilitating life, both inside and out.

Harry Bates’ firm’s values and aesthetic formed early on, partly from necessity and partly from his own ideals. Having come to New York after graduating from North Carolina State University, Bates began his career at the renowned firm of Skidmore, Owings and Merrill in the mid-1950s, going on to open his own firm on Manhattan’s 63rd Street and Madison Avenue in 1965.

“The first houses I did were on Fire Island in the 1960s, while I was moonlighting,” Bates told Markets Media Life. “Back then, there was absolutely no money, no budget for anything. So I figured, the best way to make something interesting was to use the roughest, rawest materials available from nearby, hoping it would be cheap — and it was!”

The raw materials together with Bates’s clean design resulted in aesthetic pioneering of the Hamptons’ architectural landscape. “I suppose that feeling appealed to people — it’s appealed to me always, and that was how I got started,” he said. “And so those simple, local and environmentally friendly ways were unbeknownst to me then. It was just how I did it, in my own rather simplistic way, and it’s worked out pretty good.”

By 1985, most work was in the Hamptons, so it was time to move out of Manhattan. With two partners, the firm continued to design thoughtfully crafted buildings, but after their departures, Bates thought he would close shop. 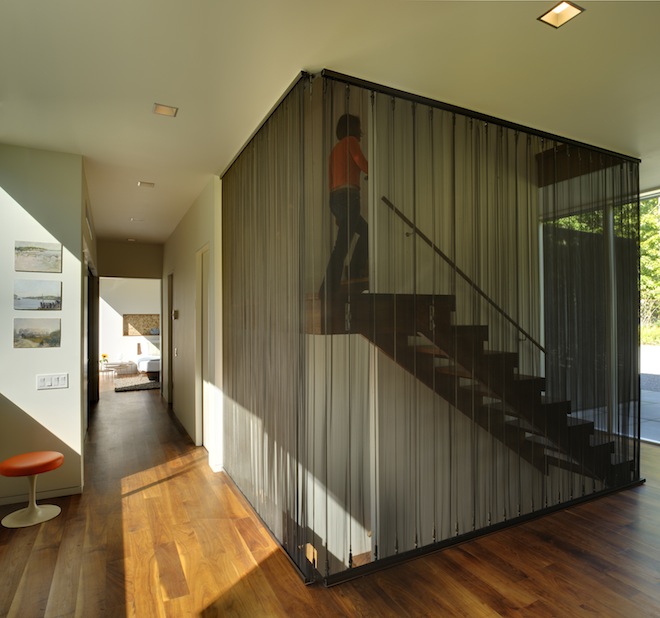 As it has done with all other synergistic partnerships, life had other plans. At around the time Bates launched his own firm in Manhattan, Paul Masi’s parents had just begun building a summer home in Montauk.

“Ultimately, we’re designing homes that become heirlooms. We stay away from being fashionable and aim for a timeless aspect. Our work is about designing a home that has a meaningful experience for the people in it.”

“Growing up and seeing the joy the house brought them and seeing the beauty of the land around it was inspiring,” Masi said. “Architecture and design became something of a dream for me.” After earning an undergraduate degree in architecture from Catholic University in Washington D.C., Masi spent two years at Richard Meier & Partners, the eponymous firm of the celebrated neo-modernist. 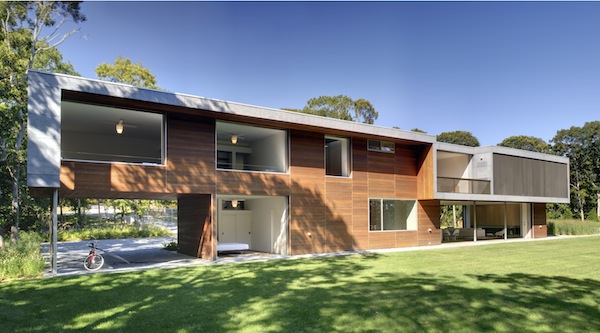 “I was fortunate enough to work on a couple of good projects while I was there. Right before I went to Harvard for my master’s in architecture, I met Harry,” Masi explained. “We had a really good dialogue, and I also got to see the history of the many generations of homes that have been built here. I liked that, especially as so much has changed in the Hamptons and in Montauk.”

Masi found a kindred mind in Bates, and after graduating from Harvard, he joined the firm, and the men ultimately fused motivations and methods. 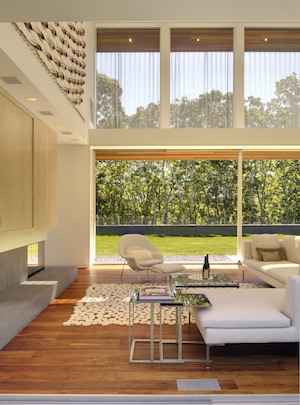 “It’s wonderful to know that we have this process that’s not about ‘Oh, what’s the hottest new tile’, because when it comes down to it, who really cares?” Masi chuckled. “We look far beyond that — it’s about your experience in the house. There’s the essence of the place that we want to capture.”

“We want to design something that tells a story, so we do a great deal of research here in the office,” Bates said. “We use materials that will last forever, and we still use unexpected stuff in different ways. Our materials are as local as we can get, and our hope is that the resulting house will withstand time and never seem dated.” 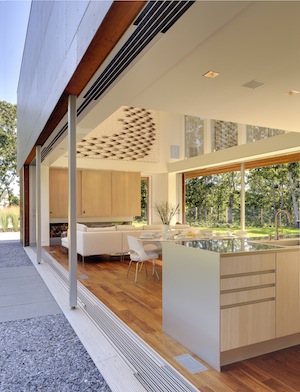 Bates Masi homes have relationships with their owners and with their surroundings through design, materials, and construction, and with each new project, the partners only continue to strengthen that relationship. Along with their usual careful consideration of how the house and its construction affect a site — Pryor House, like other projects, was partially constructed off-site in order to leave the land relatively untouched — Bates and Masi also aim to have their designs shaped by the surrounding environment. As a result, their method of diligent research has recently become reinforced by added in-house processes, all the better to remove the middleman.

“Architecture should never impose upon your feelings. A lot of it can be just about decoration, but since so much of what’s out here is already so beautiful, why impose on it?” 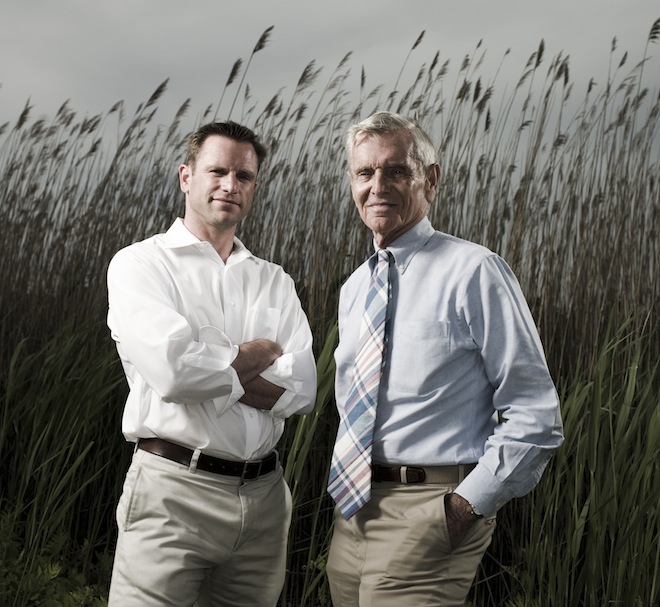 “There’s a lot of fabrication technology developing in our industry, so we’ve added that to our research. Nowadays, we can design the actual parts we need in a house and send it directly to the fabricator, and they’ll scale it up, cut it out, and it’s installed in the house,” Masi said.

Best of all, it allows the partners to more genuinely mold their design to what Masi calls “an overall story”: what the client seeks, and what the building site necessitates. “It’s very liberating and allows us to explore areas of the actual craft and use it in our projects. We’re so invested in craft, how we make something, because that’s what creates the experience of the house,” he continued. By striking the delicate balance between the latest technology and nature — allowing the former to enhance the latter — Bates and Masi have succeeded in expanding the initial philosophy upon which the firm was founded: put the client’s inspirations and the site’s environment first, and then innovatively tailor a wholly unique design.