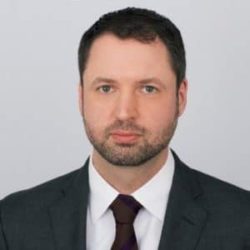 In Equities Electronic Trading, the service expectations between the buy and sell sides have seen significant changes over the past couple of years. The buy side has become increasingly involved in how their orders are executed and as a result of automation and increased capabilities on the sell side, electronic trading volumes are trending upward after years of non-existent growth. The sell side is welcoming this growth but is having to provide a more comprehensive service to their buy side clients as a result. Services take many forms, such as customization and searching for liquidity, both of which rely heavily on efficient and highly flexible technology.

However, the key change is that low-touch is becoming a higher-volume version of a high-touch service, rather than simply offering a competitive suite of algos. While this is a bit of a chicken and egg situation, the question of which came first isn’t actually that important. The point is that the buy side now expects more from their sell side providers.

But who in Derivatives cares about Equities? Well, they should as Equities is the perfect bellwether for the changes I predict we’ll see in the electronic futures business in the next few years. After all, clients often trade in both markets, and while there are fundamental differences between equities and futures, the buy side’s expectation will center around the level of consistency their broker is able to provide.

Broker algos are a relatively new offering in derivatives. They’ve gained traction partly because technology providers have lowered the barriers to entry by providing them as a standard feature. Algos were therefore new tools for buy and sell side traders alike, who were initially skeptical and regarded them as something akin to direct market access (DMA). As a result, electronic trading remained a no-touch business. Over the past half-dozen years, benchmark algos have been adopted but the service itself hasn’t changed.

In equities, it was a different story. Algos were adopted in response to the need for sell side high-touch traders to manage their clients’ order execution. Electronic access to these same tools led to the creation of the Low Touch channel in equities. This was considered to have higher value than DMA, as those same execution algos that the High Touch traders had access to were the service that clients were paying for.

In 2018, the derivatives market saw a growth in the number of FCMs building out their own algo offerings. There was also a growth in specialist vendors providing services to FCMs to rebrand, or directly marketing their services to the FCM’s clients. This growth has been driven by two main factors:

Despite their differences, the coming-of-age of algorithmic trading in derivatives looks like a repeat of the story that played out in equities.

2nd mover advantage
Historically, differentiation in equities meant ‘my algo is better than everyone else’s’. This was in equal measures down to the unique liquidity the broker professed to have access to, and the fact their VWAP was ‘better’ than what the next Wall Street firm could provide. In reality however, brokers’ offerings were fairly commoditized. It’s only recently that technology has raised the expectations of Low touch trading with a focus on customized order handling. This has resulted in low touch traders providing a higher level of consultancy in terms of how a client’s orders are executed.

Although I mentioned that 2018 has seen FCMs seemingly start down the same my-algo’s-better-than-yours path trodden by Equities, we can expect derivatives to quickly skip over the doldrums of agency execution evolution and move straight to where equities is now positioned. The shift is not wholly about the algos themselves, it’s also about the transition to service. That is, getting the High Touch expertise on how to trade the market but via an electronic channel, where the strategy implemented for the client comes after consultation with their High Touch trader or ‘execution consultant’, supported with analysis to explain their decisions.

As FCMs start to differentiate their execution capabilities, the buy side also needs to electronify its high touch order flows to address cost pressures and keep pace with developments in automation. Like in equities, the capacity to trade via the electronic channel had plateaued in recent years as the needle on the complexity dial reached a point where a broker’s offering couldn’t handle the next set of orders. According to recent Greenwich Associates Equities research, the buy side themselves indicate around a 20% growth in the percentage of orders being sent through the Low Touch channel. In the same way, most derivatives high-touch business won’t fit into the no-touch electronic service that FCMs provide today and so the plateau has been reached. Combining order oversight with high-touch handling over an electronic channel will unlock this door and allow the buy and sell sides to increase their overall efficiency.

I predict we’ll start to see a step change in electronic derivatives execution, driven by high-touch market expertise. Providing greater value to the buy side over an electronic channel is something that doesn’t exist today, but as technology and the FCMs’ approach to low touch begin to take shape, so too will the buy side’s demand for a high volume, high touch style of service.