Sign up to receive exclusive articles on topics including: Select one or more newsletters you would like to receive:
Close popup
Home
By Markets Media
Uncategorized

Three Years In, Luminex Is Fulfilling Its Mission: Helping the Buy Side Find Natural Block Liquidity

This November, Luminex Trading & Analytics celebrated its 3rd anniversary. Launched by nine of the world’s largest asset managers and introduced in 2015, Luminex received significant notice at the time as a buy side-only dark pool that would exclusively match “natural” block liquidity. In the wake of RegNMS and subsequent rise of broker-owned dark pools, venue proliferation and other unintended consequences, the buy side was fighting back against a general sense that the markets just weren’t playing fair. This was the era of Flash Boys and concerns – sometimes outsized, sometimes warranted – about the proliferation of “toxic” liquidity and a feeling that the end investor was becoming an after-thought.

The Luminex ATS was created in direct response to the frustrations and distrust that many buy siders had with some of the venues that were coming to dominate the scene. And as the fines levied against several of these venues mounted and settlements began to pile up, the biggest buy-side players collectively said, “enough is enough” and began building Luminex, designed around the cornerstones of trust and transparency.

Three years in, the report card is strong: Luminex has become a dedicated block trading destination with an average natural block trade size of 30k-40k shares, which typically leads FINRA’s block category month after month. But for Luminex CEO Jonathan Clark, it’s as much about building a community as it is about the mechanics of trading. 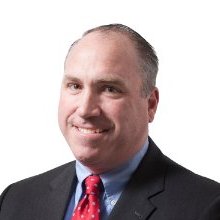 “We saw some of our best-ever trading days and months in 2018, but we still have plenty of work to do. At Luminex, we continually strive to create better engagement with all of our clients. We want to help more users to embrace who we are and what we are trying to achieve,” Clark said.

The Audience is Listening

While Luminex admits it can be challenging to get set-in-their-ways traders to tweak their workflows and expose orders first to Luminex, the firm’s message is getting a warm reception this week at the Equities Leaders Summit in Miami.

Luminex Head of Sales Brian Williamson appeared on a Thursday panel called “Navigating Increased Venue Proliferation” to take a look at who is best placed to help institutional investors take advantage of natural block liquidity in a way that checks the boxes of trust, ease of access, and minimal market impact. Alongside Tim Mahoney, CEO of Luminex rival BIDS Trading, Williamson spoke to attendees about the latest block solutions on the market and whether they are they ensuring best execution of block orders in both lit markets and dark pools. With a fragmented equities landscape, sourcing block liquidity remains a perennial challenge.

“So much of what I do today – what we all do – is focused on data science and technology that we sometimes forget just how central the human component is to what trading is all about,” Cacciatore said. “Backstopping everything is the trust we place in each other, and that’s why a venue like Luminex is so important.”

It Takes A Community

Cacciatore was in attendance at Luminex’s conference in June, an event markedly different than other financial industry client conferences. “Interactive sessions” were more in the vein of corporate outing team building exercise than the standard breakout meetings that are par for the course these days.

The keynote speaker was a Duke University behavioral scientist, whose research was interesting its own right, but carried an unmistakable challenge to Luminex’s clients: how can we adapt our workflows to best support each other and encourage each other to use a venue that’s clearly a win-win when it works.

The Future of Luminex

At the June conference, Luminex offered a sneak peak of its new user interface, unassumingly named “Luminex 2.0”. Rolling out to clients now in 4Q 2018, the new interface is first and foremost a response to client feedback. It’s more intuitive, and provides better graphics and alerts, all in the service of making engagement even easier.

It comes with a promise from Clark to the Luminex community that hearkens back to the firm’s founding principles: “Expose numerous orders to us each day, be patient, prioritize trading with us whenever there is a match, and you’ll see a value above and beyond the unparalleled clean block liquidity we are providing to the buy side – and to the end investor who has put their trust in us all.”