Market Access and Data Centers: The Rules of the Road

The U.S. Securities and Exchange Commission’s rule 15c3-5, known as the Market Access Rule, which has emerged as the critical compliance test for financial firms, has acted as a catalyst for firms to conduct pre-trade risk checks as close to the transaction as possible, which means the data center.

“Market surveillance needs data and that data is in data centers,” said Michael Blundin, general manager of managed services at investment management systems provider Vestmark. “The trick is getting the right data to the right analysis service for any given consumer. Either the consumer’s rules need to go to the data or the data needs to come to the rules, and quickly.” 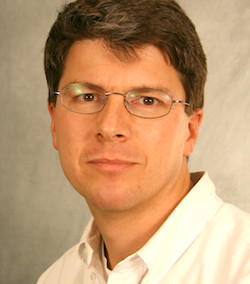 Rule 15c3-5 is intended to address the risks that can arise as a result of the automated, rapid electronic trading strategies that exist today.

As a result, technology systems must be capable of holding counterparty and customer data that will effectively evaluate risk ahead of the trade.

Pre-trade analysis is required pursuant to 15c3-5 as well as the Commodity Futures Trading Commission’s rules 1.73 and 23.609 for major swap participants and swap dealers.

The most significant technology modifications are going to be the front-loaded risk rules that will be entered into the OMS [order management system] to prevent position limit breach, evaluate margin levels and, in some instances, provide for upfront stress and scenario testing.

“Data centers do and will play a key role in the distribution, processing and consumption of market data,” said Scott Caudell, vice-president of IT infrastructure at Interactive Data, a provider of financial market data.

“They are the central points for the relevant infrastructure to process market data and are strategically positioned near fiber backbones for the onward distribution of that data. They also can be approximate to the raw feed sources themselves, which reduces points of failure, lowers cost and improves quality.”

Market Surveillance
The hardware, in the form of appliances called FPGA [field-programmable-gate-array], are designed to enforce pre-market risks in nanoseconds, while preventing impact on latencies that historically have slowed down traditional trading systems and models.

To date, the resulting Market Access Rule requirements have been articulated, but the means and methods are generally flexible. 15c3-5 places an additional burden on to compliance officers, which means that trade monitoring will occur concurrently aside from the trading lines.

In addition, the SEC’s ‘large trader’ rule will require firms to proactively monitor their clients to identify and inform those individuals needed to be flagged as large traders.

These rules, and the increased prevalence of high-frequency trading, should have firms focused on the capabilities of their compliance systems being able to support sub-second monitoring. While regulations currently do not state that need, indications are they eventually will.

Compliance checks which impact on an order’s access to liquidity could cost clients value market execution timing. Firms will need to determine if a potential delay to an order should be disclosed to their clients and if the firm will cover any unintended losses due to order delays.

“I think it’s more of an issue for software and not the build environment,” said Bill Mazzetti, senior vice-president and chief engineer at Rosendin Electric, which specializes in designing and building data centers for clients like Facebook and several large major money center banks and hedge funds.

“That being said, it’s compulsory and it should be as elegant and automatic as possible. I could envision a pre-trade system that is similar to the verification system in the electronic payment process as part of the transaction between the party and counterparty or the exchange.”

Data centers are the epicenter of market data, ticker plants and consolidated market data feeds, and as such the latency between the end points and the data center is critical.

“It’s both network latency and sheer processing throughput,” said Mazzetti. “If you focus on how long a trade result is delayed before it comes up on the ticker or a trade feed and think of it as the SLA [service level agreement] between the system and the subscription, you basically backward engineer your system to meet the SLA.”

Centralization can also help regulators by reducing the number of endpoints.

“Consolidating order flow and pre-trade activities through a few locations, such as central data centers, could allow regulators to focus on fewer locations to deploy relevant technology,” said Caudell of Interactive Data. “These major data centers also provide an ideal location for the large-scale storage of the data and related technology that is required under these and other regulations.”