Harmonizing regulations may be complicated, but there is a push in the industry to adopting standard technology global to meet growing regulatory obligations.

Firms dealing with the latest MiFID II and Market Abuse Regulation requirements, which went live on January 3, can leverage their experience with the US Securities and Exchange Commission’s Rule 15c3-5 regarding risk management for broker-dealers that offer direct-market access. 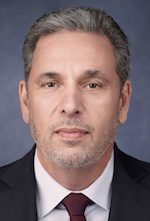 “The most challenging part of MiFID II was the regulation’s fluidity,” Anthony Amicangioli, CEO of Hyannis Port Research, told Markets Media. “MiFID II was ever-changing up to and through its deployment. In my view, it completely fell down.”

When European regulators drafted MiFID II and the Market Abuse Regulation, they defined them at a much higher level than its US counterpart, according to Amicangioli.

“I think MAR looks similar to Rule 15c3-5 when the SEC first introduced it,” he said. “It was not as prescriptive, but that it evolved after its release.”

To address the industry’s concerns raised by the Market Abuse Regulation, ESMA released an update Q&A for the regulation in late March.

“The goal of the Q&A document is to promote common supervisory approaches in the application of the MAR and its implementing measure,” wrote the regulator in a prepared statement.

In the meantime, access-risk management platforms offered by third-party vendors, such as HPR, continue to expand their geographical support. HPR introduced support for the European market earlier this week. “Outside of the market connectivity differences, the core technology is strikingly similar for the US, Australian, and EU footprints,” he said.

As such, HPR has seen clients implement similar platforms across multiple geographies, according to Amicangioli.

And the trend is not stopping there as nearly a quarter of the global banks that participated in background research for consultancy Deloitte’s 2018 Banking Industry Outlook cited modernizing core operating infrastructure as a distinct priority.

“Technology resources at most banks are becoming difficult to manage, with a hodgepodge of systems, platforms, software, and tools—much of its legacy infrastructure that demands significant resources and capital to ensure that operations run smoothly,” wrote the report’s authors.