One month after U.S. and European regulators agreed on a “path forward” for OTC derivatives, market participants are seeking assurances that they won’t be subject to dual and/or conflicting regulations governing the trading, clearing and reporting of swaps transactions.

As the market subject to these regulations is international, subjecting the global market to the simultaneous application of each other’s requirements without coordination could lead to conflicts of law, inconsistencies, and legal uncertainty.

“The extraterritorial effect of new financial regulation is a controversial issue, fundamental to the business of banks, brokers, funds and their clients,” said Barnabas Reynolds, head of the global financial institutions advisory & financial regulatory group at law firm Shearman & Sterling, in a client memo.

This doesn’t sit well with market participants, who are asking the CFTC to provide more definitive rules beyond issuing no-action letters.

“Given the importance of substituted compliance determinations, the Commission should issue separate and more detailed guidance on the process by which it will make a substituted compliance determination,” said a letter co-signed by Kenneth Bentsen, president of Sifma; Walt Lukken, president and CEO of the Futures Industry Association; and Richard Whiting, executive director of The Financial Services Roundtable. 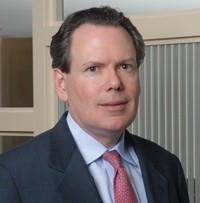 A consultation paper containing proposed rules on extraterritorial issues arising out of the European Market Infrastructure Regulation (Emir) was recently published. For derivative trades, non-EU entities guaranteed by EU entities or transacting through EU branches will fall within the scope of Emir. “On the whole, it does not amount to a ‘territory grab’” said Reynolds.

Since the publication of Emir in July 2012, an indication from the European Securities and Markets Authority as to how restrictively the rules might be formed on this issue has been hotly anticipated. “The draft Esma technical standards have not gone as far as some had feared,” Reynolds said.

For example, jurisdiction is not being asserted based on product characterization. “There had been some market speculation that any derivative settling in or referencing European currencies, issuers, commodity standards or rate standards could have been designated as having an “effect” in the EU, but this will not be the case,” Reynolds said.

G20 finance ministers and central bank governors published a communiqué on July 22, 2013, regarding steps taken to ensure global consistency of rules. “Esma’s relatively benign proposed rules on extraterritoriality are in the spirit of this communiqué considering the limited scope of its powers in this area,” said Reynolds.

Esma will update the draft standards following a consideration of responses to its consultation paper. It will then send its final report to the European Commission for endorsement. Organizations which previously considered themselves not subject to EU regulation should re-assess and consider whether any steps should be taken, either to avoid falling within the scope of the proposed rules or to comply with Emir, said Reynolds. Dealers, funds and corporates should consider their most efficient business structures as the new rules, and equivalent U.S. developments evolve, he said.