May the regulatory force be with fund managers in 2016 (By Tim Focas, Colloquium)

With Star Wars: the force awakens breaking all box office records this weekend, Tim Focas, director of financial services at city think tank Colloquium, provides a financial markets take on the franchise we all know and love.

As fund managers across Europe continue to Sith through the MiFID II technical standards, the below provides a lighter side take on the seemingly never ending regulatory narrative which has landed on many an investment managers desk over the past few years. May the compliance officer be with fund managers when reading the below.

A not so long time ago, in a market not so far away there was…..

MiFID I: A New Regulatory Scope

As markets recover from the 2008 crash, regulators and politicians alike begin discussions about how to bring greater transparency and balance to European financial markets. Market participants across the galaxy being readjusting their equity trading strategies to fall in line with the European Empire’s 42 new measures which will significantly change how financial markets operate.

The monopoly of the Galactic Stock Exchange’s is under serious threat from the implementation of the new laws which signal the awakening of a new force – electronic trading platforms where guardians from all corners of the galaxy can buy and sell shares more cheaply. The European Empire’s draconian laws leads to explosive growth in a new force of market making – algorithmic trading, where computers are programmed to trade minute differences in share prices across different venues over 100 times faster as the Millennium Falcon. 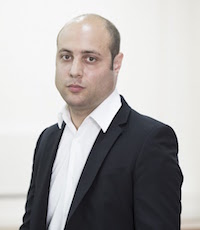 As a result of the new legislation, the European Empire has unintentionally  cloned a new breed of market makers called algorithmic traders. Armed with the most sophisticated technology systems, algo traders sole purpose is to exploit, or arbitrage, the price differences between the Galactic Stock Exchange’s and other venues.

Financial Services Authority chairman Lord Turner expresses concerns about whether further refinement and development of this new trading force benefits all market participants. One things for certain, the market is struggling to agree on common ground with policy makers and regulators and dark times (quite literally) lie ahead.

Regulatory war! Through the newly enhanced MiFID II, Emperor Majoor and the rest of the European Empire has launched a scathing attack on the dark side of trading – which empowers funds managers with the force to shift large blocks of shares without prices moving away from them.

Through ESMA, the European Empire is wheedling its power by imposing 4 per cent limits on the amount of trading in equities that can take place on the dark side of the market. Any trade that breaches this limit will feel the full force of Emperor Majoor.

But it is not all about the dark side, with a further 28 new rules to get to grips with, market participants are sure to launch their counter attack on the European Empire with major overhauls of their trading models. From greater transparency around bond prices to the unbundling of research payments, the regulatory war has just begun.