The industry-backed Members Exchange may triple its number of backers, according to Doug Cifu, co-founder and CEO of Virtu Financial. 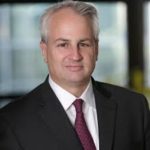 “There were 25 to 30 other institutions behind us that gladly would have been part of this, but we had to cut it off,” he said during a recent webinar hosted by industry analyst firm Greenwich Associates. “If we have to do another round of financing, you will see another 10 or 20 institutions whose name you know, including some buy-side folks who have expressed interest.”

Bank of America Merrill Lynch, Charles Schwab, Citadel Securities, E*TRADE, Fidelity Investments, Morgan Stanley, TD Ameritrade, UBS, and Virtu announced their intention to launch the venue in response to high exchange market-data and connectivity fees on January 7 and expect to file the necessary paper for exchange status before the second half of the year.

Cifu scoffed at SRO claims that the new exchange’s raison d’être is to bring high-frequency trading and retail order flow closers together. “Nothing can be further from the truth,” he said. “It is them trying to make up for the fact that they really have pissed off their customer base.”

Its goal is to prove that the emperor has no clothes regarding market-data and connectivity fees, according to Cifu. “There are SEC statutes that govern fee requests, which need to be ‘fair and reasonable,’” he added. “I’d argue that they are not.”

Cifu noted that firms that want to remain competitive in regards to best execution had no choice but to purchase the direct feeds from the exchange operators.

Only two percent of respondents to a Greenwich Associates survey stated that they would trade with a broker-dealer that just used the consolidated tape, added webinar host Kevin McPartland, managing director, market structure and technology at Greenwich Associates.

The new exchange’s backers plan to use the new exchange as a case study of how to provide the same functionality at a fraction of current costs.

“Setting up an exchange and producing market data and having virtual and physical connectivity is not rocket science,” said Cifu. “We do it at Virtu every day. We have infrastructure all over the world. It’s not dissimilar to what the exchanges do.”