Sign up to receive exclusive articles on topics including: Select one or more newsletters you would like to receive:
Close popup
Sectors
By Terry Flanagan
Sectors

Microwave Heats Up Race To Zero Debate in Europe

Microwave technology seems to have reheated the race to zero latency debate in Europe.

Colt, an IT services provider, is to introduce a new microwave service between London and Frankfurt, the main trading corridor in Europe, to complement its existing fiber offering covering the route. Colt’s current round trip delay—the time it takes for something to get from point A to point B and back again—for its fiber offering is 8.364 milliseconds. Its new microwave link promises a 40% reduction in this time, which is music to the ears of firms who employ high-frequency trading strategies. 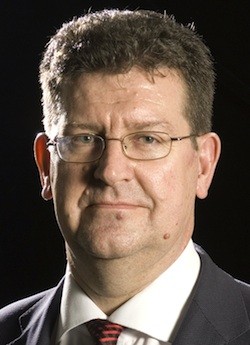 “A couple of years ago, talking about microwave and ultra-low latency was regarded as being rather far-fetched,” Hugh Cumberland, solution manager, payment and settlement services at Colt, told Markets Media. “But here we are doing it. So, who knows what will come next.”

Microwave technology is a growing and highly-secretive section of the industry with a lot of HFT firms who use it not wanting anyone else to know what they are actually doing—and routes are quite often shrouded in secrecy. Across the Atlantic, microwave is more advanced, especially between New York and Chicago, another of the world’s major trading corridors.

It is thought that early adopters of the technology in the U.S. began using microwave from around 2009 but the systems in place today are far more advanced and reliable than even a few years ago. Microwave technology has been in operation since the 1970s, but its usage has only relatively recently entered the realms of finance.

To talk physics quickly, microwave is just an infrared radio spectrum that travels at the speed of light. Light through a vacuum is the true speed of light but light through air, like microwave, is pretty close. Microwave is about 50% faster than light through fiber so there are inherent advantages of sending through the radio spectrum and also microwave creates a straight line, which you can’t really achieve with a cable that has to avoid objects on the terrain.

However, there are downsides associated with this microwave technology. Firstly, it needs to be beamed in a straight line, on a line of sight basis, between two towers or an antenna before it needs to be re-routed to another tower, which creates problems for shooting it across vast swathes of water, such as the Atlantic Ocean. The biggest known microwave route achieved across water is 360 kilometers across the Red Sea, so a London-New York link is still a mere pipe dream.

Microwave connections are also prohibitively expensive for many firms, can experience interference from weather and solar activity, and carry less information than fiber optic cables.

“Microwave has its drawbacks, but as with everything in life,” said Cumberland. “We might not get the same level of availability that we provide on fiber but it won’t be far off and the upside is the much faster latency time.

“You don’t do away with the need for fiber but with both available you can choose what medium you want to use for what purpose. Less latency sensitive traffic can go over fiber and you can filter out the key stuff you want to send over the microwave where you are looking at significant improvements in round trip delay.

In terms of microwave, the skies between London and Frankfurt are likely to become as populous with the technology as that of New York-Chicago in the near future. Colt, though, believes it offers the only package so far that offers both fiber and microwave.

“Colt’s ability to offer both fiber and microwave removes the additional cost of buying services from separate providers but it means the customer only has one service provider to manage,” said Andy Young, low latency specialist at Colt.

Young added: “A combination of both microwave and fiber is the latest technology weapon in a high-frequency trader’s armory, as the race for more market liquidity gathers pace.”

Colt says its customers will go live on the London-Frankfurt microwave route from next month and it has plans to role out the service to other destinations across Europe in the near future.

“In order for HFT strategies to work, they have to be either first to market or joint first to market,” said Cumberland. “Being second is effectively the same as coming last so when a new technology comes along like this, if it is reliable and can deliver the reduction in the round trip delay that we are estimating then it’s a must have for firms who will pay the premium for this service.”